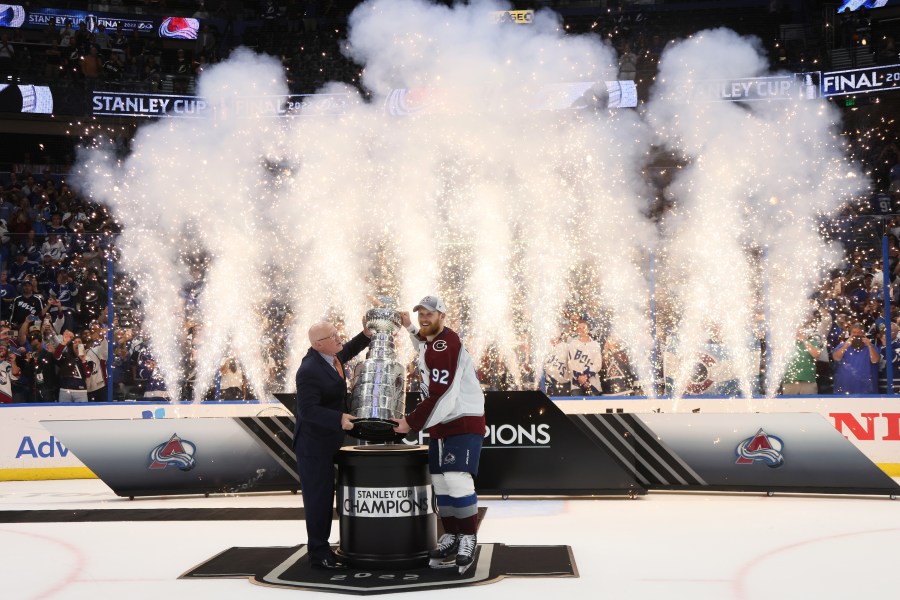 DENVER (KDVR) — Are you ready to celebrate? The Colorado Avalanche are bringing the Stanley Cup back to Denver and will be holding a parade on Thursday.

The Avs beat the Tampa Bay Lightning in six games to win the cup for the first time since 2001 and the third time in franchise history.

The parade will begin at 10 a.m. at Union Station and will conclude at Civic Center Park where a rally will be held.

The rally will begin at 9 a.m. and is expected to be going strong when the Stanley Cup arrives outside the Colorado Capitol and Denver’s City and County Building.

The rally will include comments from:

Extensive event information including parade and rally maps, road closures, transportation and parking suggestions, lists of things to bring and leave at home, and tips on staying healthy and safe can be found at ColoradoAvalanche.com/Celebration.