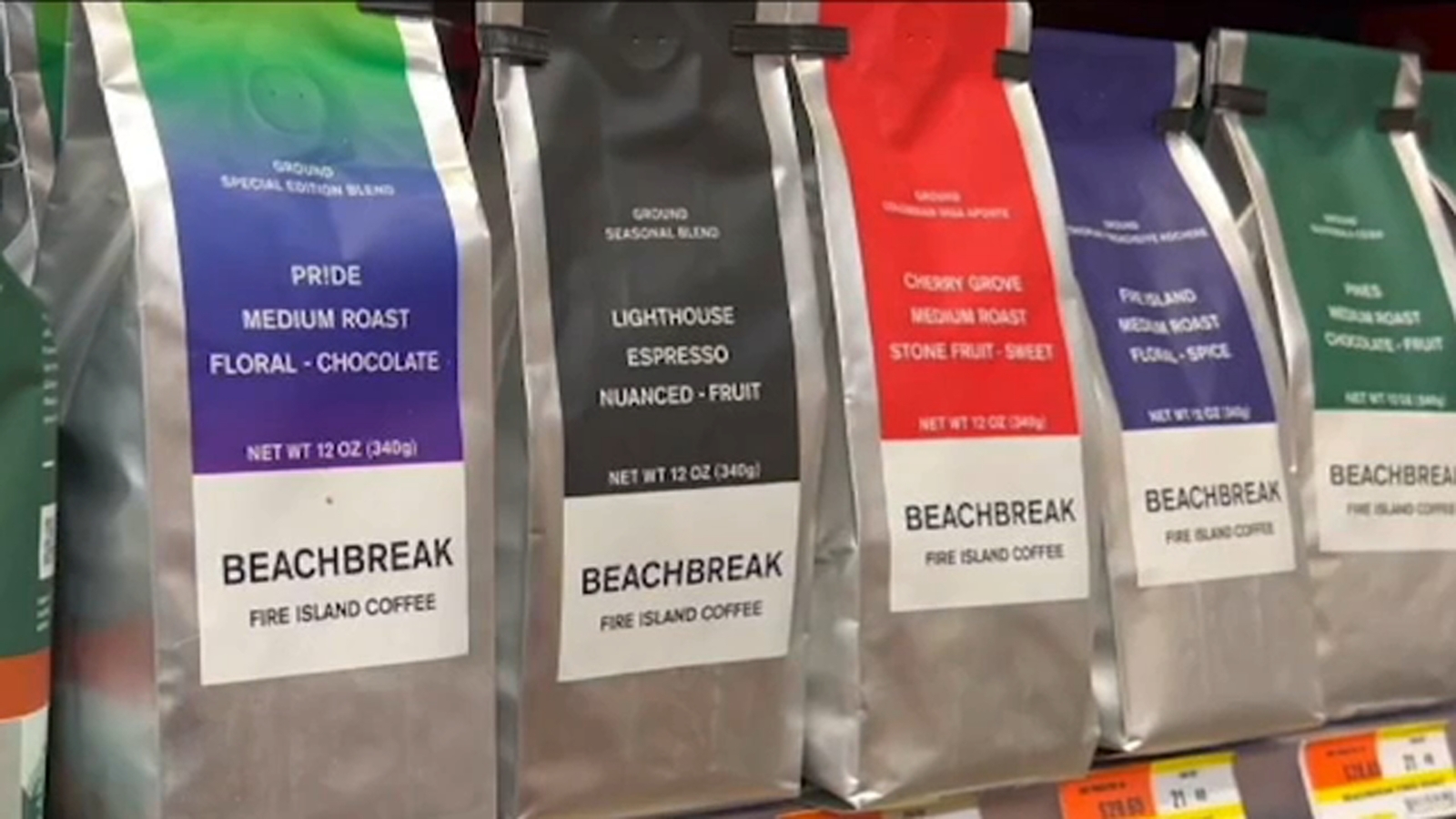 FIRE ISLAND, New York — When it comes to New York’s Fire Island, the beach and the community are the big draws, especially so for members of the gay community who’ve found havens in Cherry Grove and the Pines.

Randy Lauwasser began his trips to the Pines in 1985 while his husband, Jim Skicki, followed suit in 2003 when he and Randy began dating.

“I came out here from the Midwest and to me, it was like a fairy tale place,” Lauwasser said.

When the coronavirus pandemic hit, they headed to their Fire Island home, where the idea for BeachBreak Coffee was born.

“Beach break is a surfing term, it’s where the wave breaks over a sandbar and that’s what we have here and also of course, it refers to a coffee breaks,” Skicki said.

Their beans are roasted in Savannah, Georgia and ground in their home on Fire Island with varieties named for the communities.

“We have a Pines which is Guatemalan, we have a Cherry Grove which is Colombian, we have a Lighthouse Espresso blend,” Skicki said.

The products are distributed in true Fire Island fashion.

“We distribute up and down Fire Island. I have my e-bike and that’s opened up the distribution part of it,” Lauwasser said.

Because of certain commercial restrictions on the island, they haven’t been able to open their dream café, but stores off and on the island stock their product.

Ryan Espinosa was happy to sell BeachBreak because it pays homage to the place he loves.

“It gives us an opportunity to give back to the community which is wonderful,” Lauwasser said.