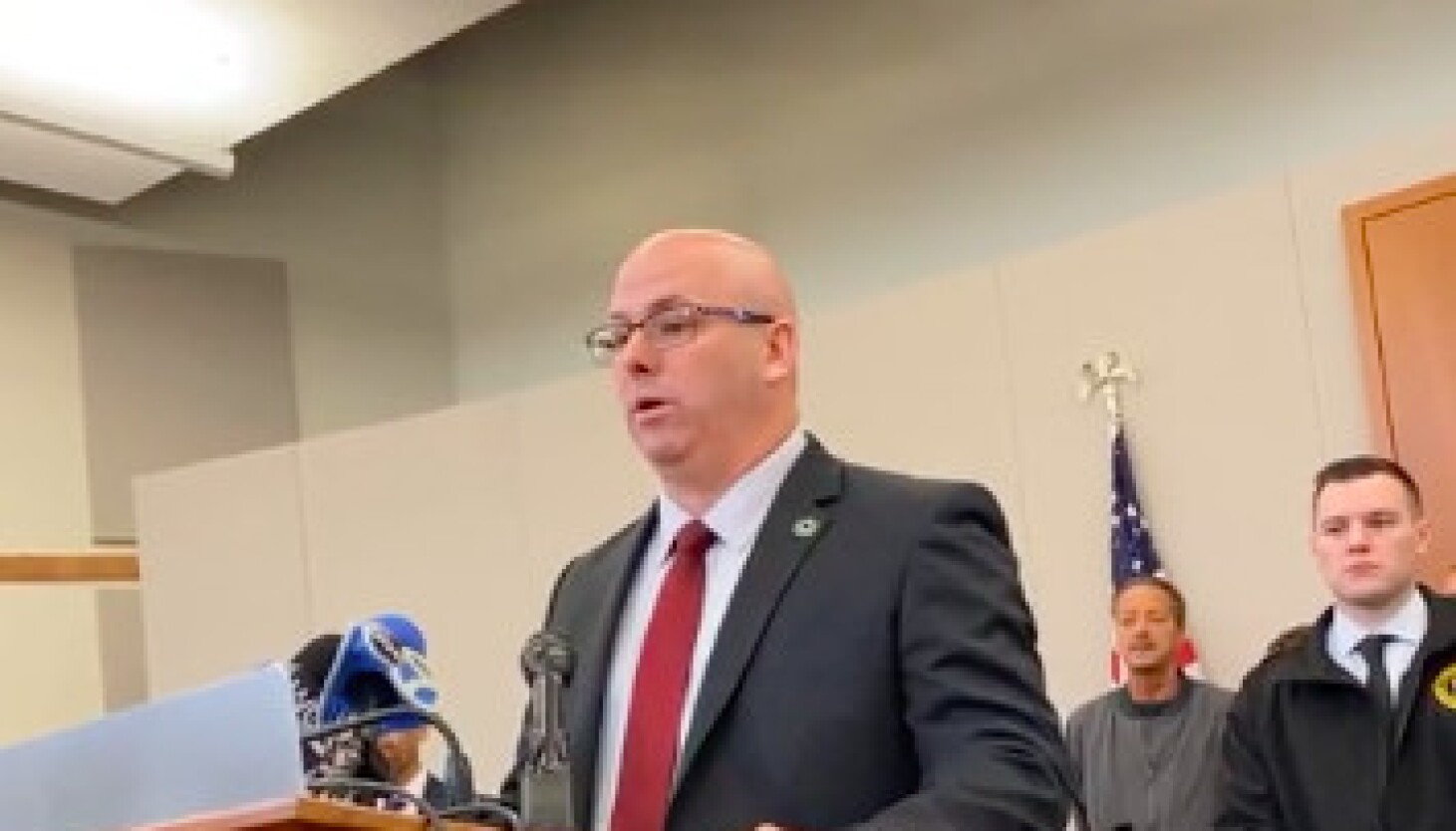 Joseph Guzman is accused of being involved in a shooting last September on the Stevenson Expressway that left a DoorDash delivery driver and his passenger dead when someone in an SUV Guzman was driving opened fire on their car, Assistant State’s Attorney James Murphy said in court.

Guzman was also connected to a fatal shooting the following month in Cicero in which multiple people opened fire from a stolen SUV at a man walking on a sidewalk, Murphy said.

Guzman was ordered held without bail in both cases during separate bond hearings Thursday that were held at the Leighton and Maybrook courthouses.

A half-hour before the Sept. 28 shooting, Guzman was driving his brother’s blue Dodge Journey when he pulled into a 7-Eleven convenience store parking lot in Cicero to sell a person marijuana, Murphy said. That person allegedly later identified Guzman as the person he saw driving the Dodge that night with a gun on his lap.

Guzman’s cellphone recorded him leaving the drug sale and driving to Lincoln Park and later onto Lake Shore Drive, where surveillance cameras recorded the Dodge traveling near a gray Nissan Sentra driven by delivery driver Erick Macedo, who was accompanied by his friend Felix Geron in the passenger seat, Murphy said.

The two vehicles were then allegedly recorded driving together onto Interstate 55 about 11:30 p.m. until they went under an underpass near Canal Street as they drove side-by-side.

At that time, someone in Guzman’s car opened fire at the Nissan, striking Macedo in the head and Geron in the torso and leg and leading the two vehicles to collide, Murphy said.

A witness living in a nearby building heard the gunfire and looked out the window to see the Nissan crash into a median and the Dodge drive slowly by. Macerdo and Geron, both 21, later died of their injuries.

Prosecutors gave no motive for the shooting in court. In a media conference Thursday afternoon, Illinois State Police Maj. Matthew Gainer declined to comment on a motive, but said no connection between Guzman and the two men had been discovered, aside from all three being Cicero residents.

License plate scanners on the expressway had recorded both vehicle’s plates.

Guzman’s brother later reported the Dodge Journey stolen and Cicero police attempted to stop the vehicle on Sept. 30, but were lead on a pursuit when the Dodge didn’t stop as it drove into Little Village, Murphy said. Officers allegedly saw Guzman flee on foot from the Dodge near 24th Street and St. Louis Avenue, dropping his phone as he ran.

The Dodge was processed for evidence, which revealed Guzman’s wallet inside, gunpowder residue and damage that matched the collision with the Nissan days earlier, Murphy said.

Two receipts were also found from stores in Cicero, from which police obtained surveillance camera recordings showing Guzman getting out of the Dodge and making purchases, Murphy said.

On Oct. 24, a stolen Dodge Durango was driving in Cicero before pulling in front of 26-year-old Joshua Gonzalez as he walked on the sidewalk in the 2800 block of 50th Court, according to prosecutors and police. Multiple people inside the Durango armed with handguns with green laser attachments opened fire, killing Gonzalez.

DNA from a pop can found in the Durango when it was later recovered at an auto shop matched to Guzman, Murphy said. Another cellphone authorities recovered allegedly showed Guzman talking with someone about purchasing the stolen Durango hours before the murder and allegedly contained a deleted video.

Authorities said data from the phone showed the video was shot at the exact location and time of the murder and contained an image of the victim standing with his hands in the air with green lasers pointed at his chest at the scene of the murder, Murphy said.

Guzman was initially arrested Dec. 16 on fleeing and eluding charges related to the pursuit by Cicero police. An acquaintance of Guzman reached out to authorities and claimed Guzman told them his bond was set high because police were more interested in the murder he committed using his brother’s car, Murphy said.

Guzman was being held at the Cook County Jail when he was charged Thursday with three counts of first-degree murder, according to county records.

Guzman works as a cabinet installer and lives with his mother and son in Cicero, Assistant Public Defender Margaret Domin told Judge Kelly McCarthy at Guzman’s bond hearing in Chicago, and noted that prosecutors detailed no eyewitnesses to either shooting and that no weapons had been recovered.

Court records show a 17-year-old co-defendant, Daniel Garcia, is also charged with murder in the Cicero shooting. Garcia was being charged as an adult and ordered held on a $10 million cash bond.