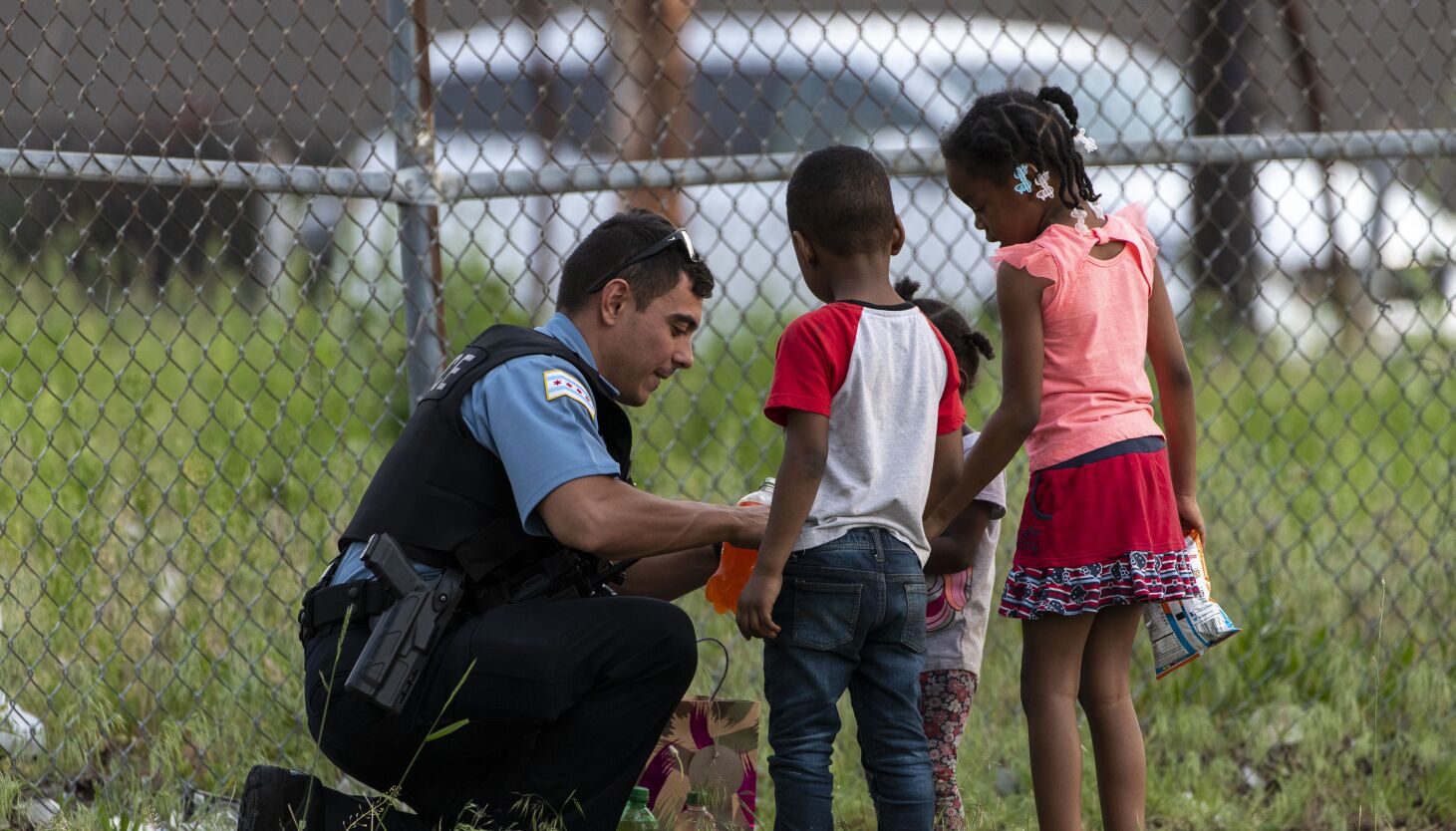 Recently, there has been a lot of discussion about the Chicago Police Department’s Positive Community Interactions (PCI) program.

Illinois Attorney General Kwame Raoul asked that the program be “suspended or at least paused” because it is “deeply problematic.”

SEND LETTERS TO: letters@suntimes.com. We want to hear from our readers. To be considered for publication, letters must include your full name, your neighborhood or hometown and a phone number for verification purposes. Letters should be a maximum of approximately 350 words.

But the PCI program is simply a citizen contact program that every police agency in America has. When I was chief in Riverside, we had a similar program called Community Contacts.

We never had to tout the program, collect statistics or publicize those statistics in order to make the program a success. If it was successful, our residents would tell us, which they did.

In Riverside, police did everything from stopping by summer block parties and at kids’ lemonade stands, to having officers eat lunch with children in grade schools, to giving children a ride to school in a squad car running with lights and siren, which children and parents loved.

If a program is working, you don’t have to tout it.

So, what’s the problem with the Chicago program? It appears that residents and the media simply do not have confidence in the department. A cloud hangs over CPD — everything the department does is hyper-scrutinized and they are publicly bashed.

Sure, some officers may not like it because some police officers, in general, think they should be just crime-fighters, not doing community interaction. That is nothing new.

Officers need to be taught that it will make their job easier and reduce the fear of police — and then residents just may come to you to provide information on criminal activity.

If I were CPD, I would not abandon the PCI program. If there must be some retooling, then do it. But the idea has been a staple of law enforcement for years. Just get it right.

After driving the last leg of my journey from New Orleans home to Chicago, your article on license plate reader cameras was like a slap in the face!To be safe at about 8 p.m. on the Dan Ryan, I needed to drive at 70 mph with the majority of traffic, though the speed limit posted is 45.I still frequently got passed by cars traveling at 90 mph as well as weaving through traffic.

I understand that police are more than hesitant to try to pull over these speeders as they have learned that 1) police are not allowed to chase them; 2) there is risk of violence if they do pull someone over; and 3)should the driver’s refusal to follow orders result in any sort of physical confrontation, the officer risks his reputation, career, and even his life.

Why not link the “over 100 cameras on the Dan Ryan” to track speed and mail tickets to the violators?Three tickets results in loss of license, and a fourth could bring an arrest warrant, with bail to include the unpaid fines.

This lawlessness has been present on the Dan Ryan for quite some time, but it is now moving to all expressways and DuSable Lake Shore Drive. Continued tolerance of this dangerous behavior is only incentive to criminal minds to commit crimes, with a mindset that cops don’t care.I believe they do care, but are hamstrung by ridiculous regulations banning chases as well as not-unreasonable fears.