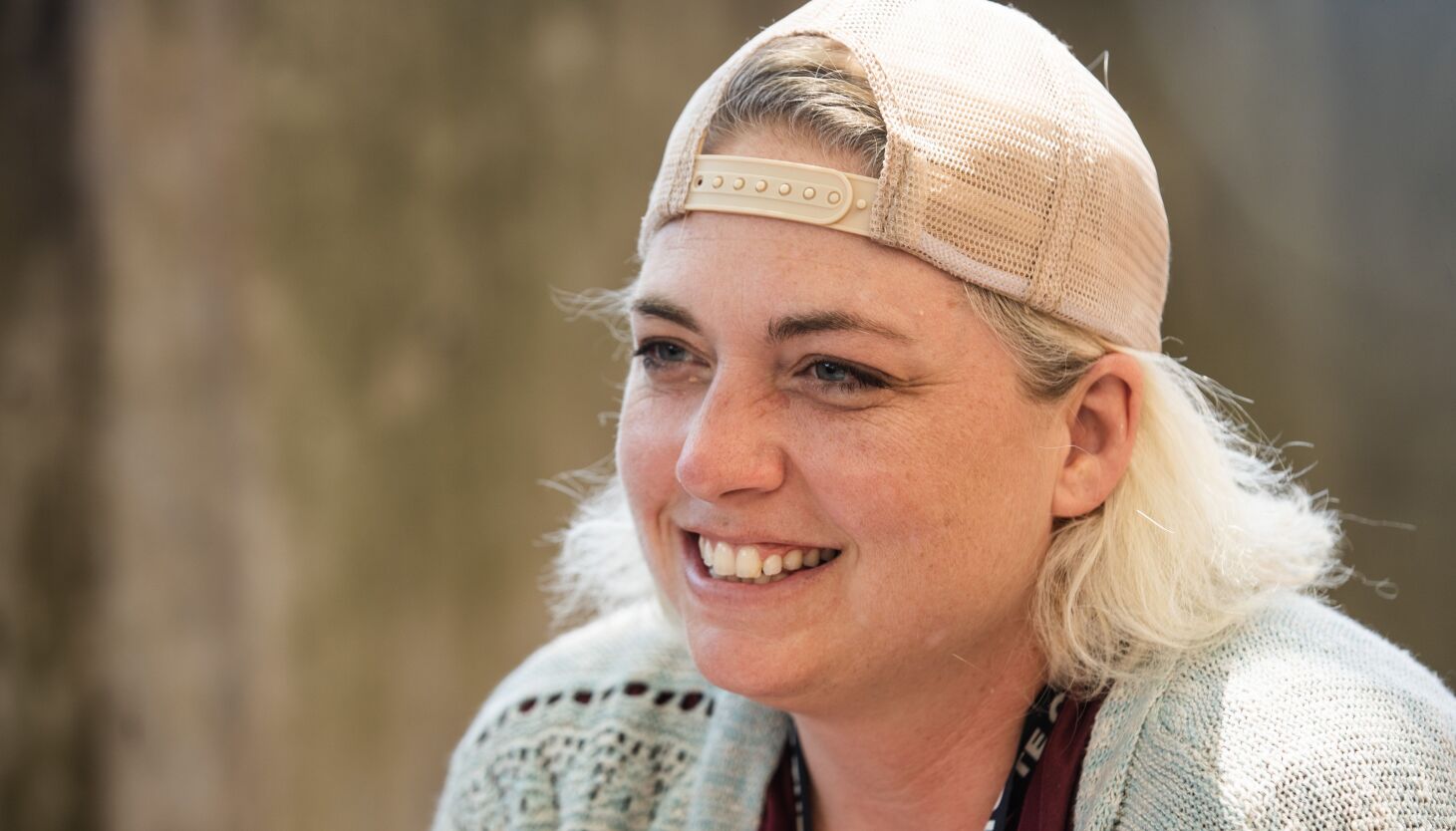 Empowering people to explore, identify and understand their thoughts and feelings and experiences through the lens of the arts has been the mission of CreatiVets since its inception in 2013.

Utilizing everything from songwriting, visual arts, music and creative writing, veterans from across the country come together to create something inspired by the thoughts they hold deep inside.

“What we really are seeking to do is help tell a story or convey an emotion that otherwise would have been repressed,” explains Kyle Yepsen, deputy director of CreatiVets, which kicked off its latest visual arts program recently at the School of the Art Institute of Chicago (SAIC).

Over the past few weeks, seven combat veterans have been in Chicago doing just that, working alongside one another as part of a CreatiVets fully accredited art class to complete their own individual projects that can offer some level of solace within their constantly swirling worlds.

“I really have been drawn to ceramics, because the clay is really soothing in your hands,” says CreatiVets participant Megan Browning, an Army retired first sergeant from Kansas who has long had an interest in all things art. “The fact that you get to transform an inanimate object into something tangible is just something really good for me.”

Having joined the Army in 2000, Browning served for 20 years, finding herself in places such as Iraq, Afghanistan and Bosnia.

She draws in a deep breath.

“I think [CreatiVets] is teaching us a new language to be able to communicate some of that stuff that we don’t have the words for,” says Browning, whose experience with CreatiVets has inspired her to consider becoming an art therapist for the United States Department of Veteran Affairs in the future.

Tricia Despres has more on the program here.

Support civic-minded, independent journalism by signing up for a Chicago Sun-Times digital subscription.

Laura Romani, a Chicago resident with a background in education and library science, had been thinking about shifting to a new career.

“I was at home a couple of years ago, reflecting on all the experience I gained and how I wanted to contribute to the Latino community while also allowing myself to be on my own and make use of my love for books and passion for multilingualism,” Romani says.

The answer, she decided: Open a bookstore.

With help from a grant and stimulus checks she and her husband received during the pandemic, Romani launched Los Amigos Books, initially online last year and now with a small store in Berwyn. It focuses on children’s stories in English and Spanish.

Stores like Romani’s helped contribute to a year of growth and greater diversity for the American Booksellers Association, the trade group for independent bookstore owners. The association now has 2,010 members at 2,547 locations — up more than 300 since the spring of 2021.

That’s the highest ABA total in years even though the association tightened its rules in 2020 to include only stores that “primarily sell books” rather than just any store offering books.

The Associated Press’Hillel Italie has more on the state of the ABA here.

Where’s the best place to catch the sunset in Chicago?

Send us an email at [email protected] and we might feature your answer in the next Afternoon Edition.

Earlier, we asked you: What does your ideal summer day in Chicago consist of?

“A walk through Grant Park with a Chicago dog in hand. It doesn’t get much better than that!” — Erik Kirkstein

“Start off with a couple of hours of tennis, go home to shower, hit up a festival, stop by an outdoor spot for an after-hours adult beverage, then back home by 10 or 11.”—Nikki Dub

“Take the ‘L’ to Fullerton and visit Lincoln Park Zoo followed by renting a boat on the lagoon and then a visit to Fullerton Beach.” —Charles Elliott

“Hanging out at Foster Beach or Montrose Harbor.” —Mary Jones

“A walk on the North Avenue Beach, a trip to Lincoln Park Zoo and dinner at Half Shell.” —Brenda Marie Gambarota

“Sleep in, walk/jog with the hubby at the Lakefront. Shopping downtown with friends, and lunch at Joe’s Seafood on Grand. Pick up the kids and head back downtown for family dinner at Gino East.” —Melanie Mclin

“A walk by the lake. A hot dog for lunch. A cool beverage later in the afternoon. An outdoor concert at Millennium Park in the evening.” —Mark Jadwick

“Sitting at the Lake by the Museum of Science and Industry.” — Camille Austin

“All day in the water —everything else can wait.” —LaJeana Davies