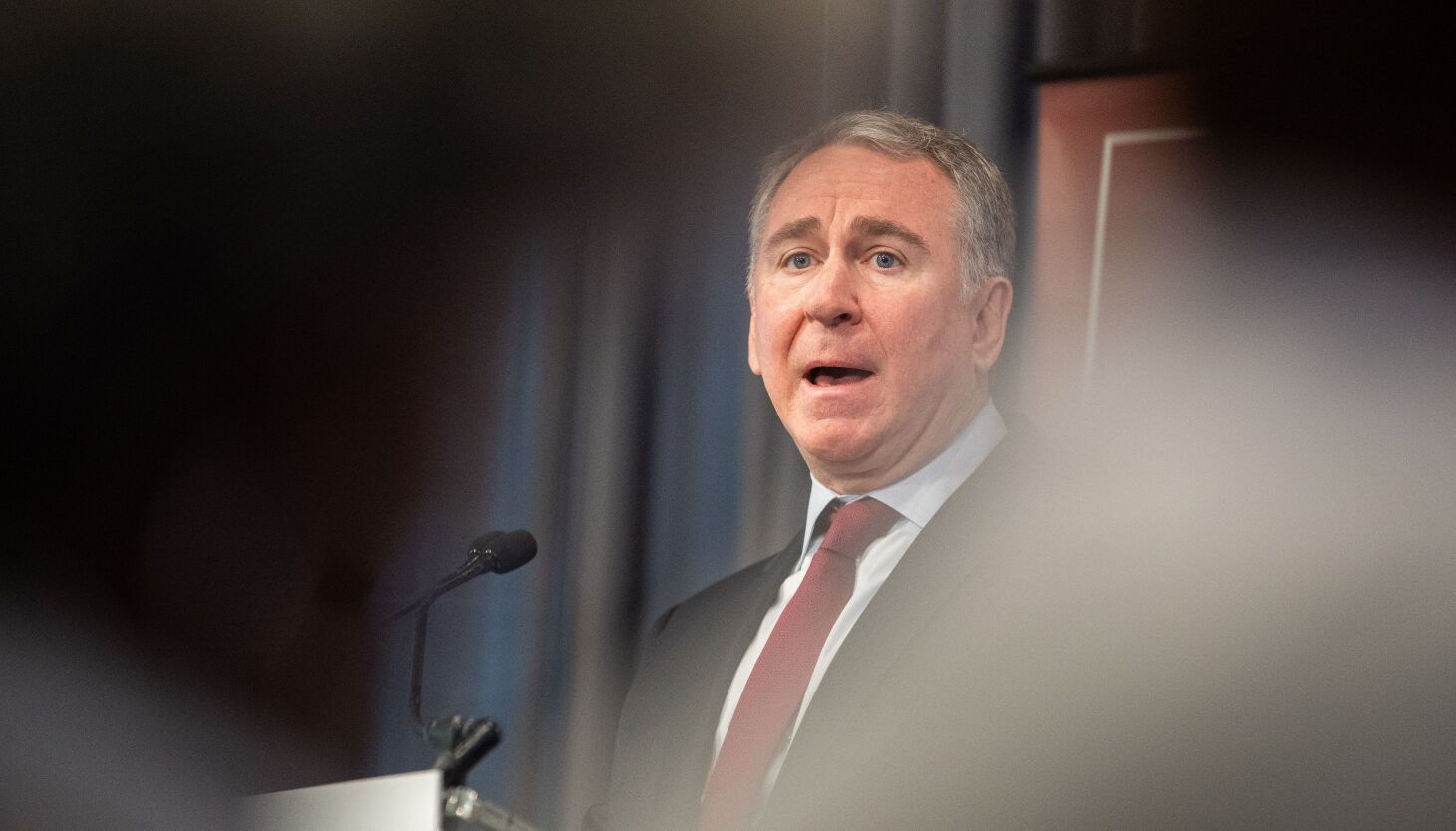 Ken Griffin, the richest Illinoisan, is taking his family, his billions of dollars and his companies and leaving Chicago.

He made the announcement today in a memo to employees. Griffin said the headquarters of his Citadel hedge fund and his trading firm, Citadel Securities, will move to Miami, what he called a “vibrant, growing metropolis that embodies the American Dream.”

The move is expected to take several years. The firms have more than 1,000 employees in Chicago and while some are expected to remain, how many is unknown.

Griffin’s announcement said he has moved his family to Miami. He offered no parting shots at Chicago or Illinois but has been unsparing in his comments about surging downtown-area crime and about local tax and regulatory policies. He has made threats to leave for months.

He called Chicago a “remarkable home” for Citadel and he praised past support from political and business leaders. But he has said in other forums that what he believes to be a rise in crime has made it harder to attract top talent to Citadel, resulting in the firms adding to their headcounts in other cities while trimming it in Chicago.

The move comes on the heels of the Chicago region losing the corporate headquarters of Boeing and Caterpillar, a worrisome trend balanced slightly by news this week that one of three companies cereal and snacks maker Kellogg will split into, the largest, will be based in Chicago.

Support civic-minded, independent journalism by signing up for a Chicago Sun-Times digital subscription.

When Kenn Goodman was enrolled as an art major at Northern Illinois University in 1984, he and roommate Rick Mosher figured it’d be a sound plan for them to form their own independent record label — expressly to put out vinyl discs and cassettes by their brash guitar-pop band, the Service.

Nearly four decades later, Pravda Records is among Chicago’s longest-running, most indefatigable indie imprints. Sporting a multi-artist, multi-genre talent roster and a voluminous library of titles, the label celebrates its 38th year of continuous music tomorrow through Saturday with PravdaFest, an outdoor celebration on the grounds of Skokie microbrewery Sketchbook Brewing Co.

“[And] What’s a music fest without beer?” Goodman asked rhetorically, noting that Sketchbook will unveil its all-new brew, Pravda 38 — characterized as an “indie-rock lager” — at the anniversary festival.

Pravda’s longtime art director Sheila Sachs, who met Goodman at NIU in the mid-’80s and has worked with him ever since, crafted an intricate, organic design for the can label. It incorporates the names of the 37 artists who have recorded for Pravda.

Eight of those artists, spanning the label’s timeline, are set to perform at the festival; four different bands per night. Venerable punk-fueled brother act the Slugs, Pravda’s second signing after the Service, are reuniting for the occasion, as is the Service.

What’s the best piece of advice that you’ve ever received?

Send us an email at [email protected] and we might feature your answer in the next Afternoon Edition.

Yesterday, we asked you: The Asian carp has a new name: Copi. What’s another food that should have its name changed?