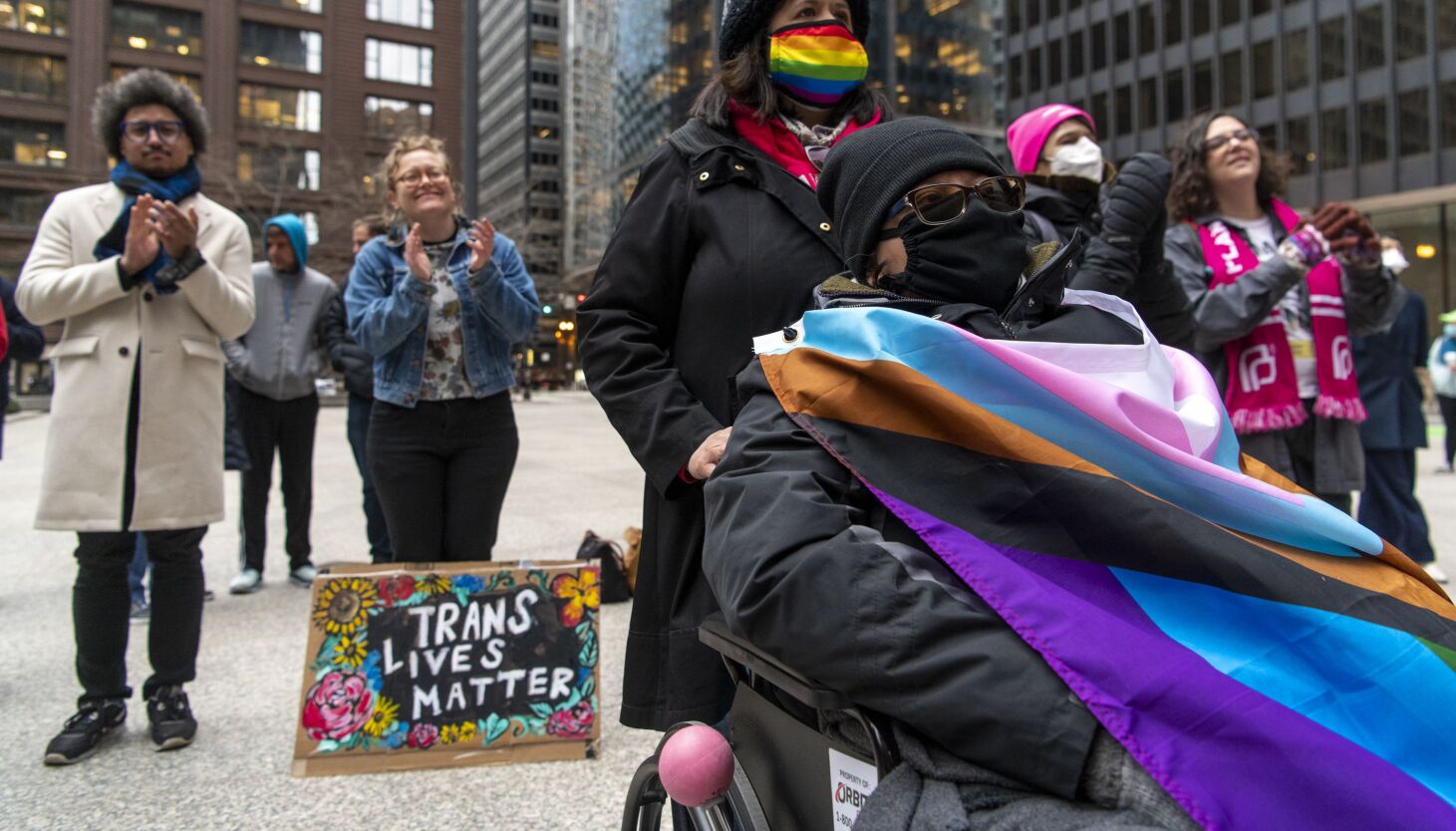 Advocates from across the city’s LGBTQ community rallied downtown Wednesday to call attention to the deaths of two Black transgender Chicago women and the political efforts being mounted in some conservative states that activists say could lead to even more tragedy in gender non-conforming circles.

Such tragedy hit the Chatham neighborhood last month when Tatiana “Tee Tee” Whetstone, also known as Tatiana Labelle, was found beaten to death in a trashcan. It struck again a day later when trans activist Elise Malary was found dead of unknown causes along the Evanston lakefront.

They’re considered among at least nine trans people killed nationwide so far this year, after a disturbing 2021 that saw a record-high of 50 violent deaths of trans people, according to the Human Rights Campaign, an LGBTQ advocacy group.

With lawmakers in Texas and several other states mostly in the South advancing legislation that aims to ban trans youth from school activities and gender-affirming medical care, “a genocide on trans identity is underway,” according to trans activist Zahara Bassett, who runs the West Side youth center Life Is Work.

“We’re tired of burying our sisters, our brothers, our allies, and getting out here and lighting candles,” Bassett said during the rally that drew about 100 to Federal Plaza. “That is a genocide on our lives, and across this nation, bills are being passed and trying to erase us.”

And those bills are “everybody’s problem,” not just those of LGBTQ youth, said Latonya Maley of Affinity Community Service.

“These bills represent a coordinated attack across our nation to segregate us, to silence us and to erase us… They reinforce the stigmas that lead to discrimination, violence [and] negative health care outcomes,” Maley said.

The downtown rally was a makeup event for a demonstration that was derailed last month when a separate anti-violence group drowned out organizers in an effort to focus attention on gun crimes.