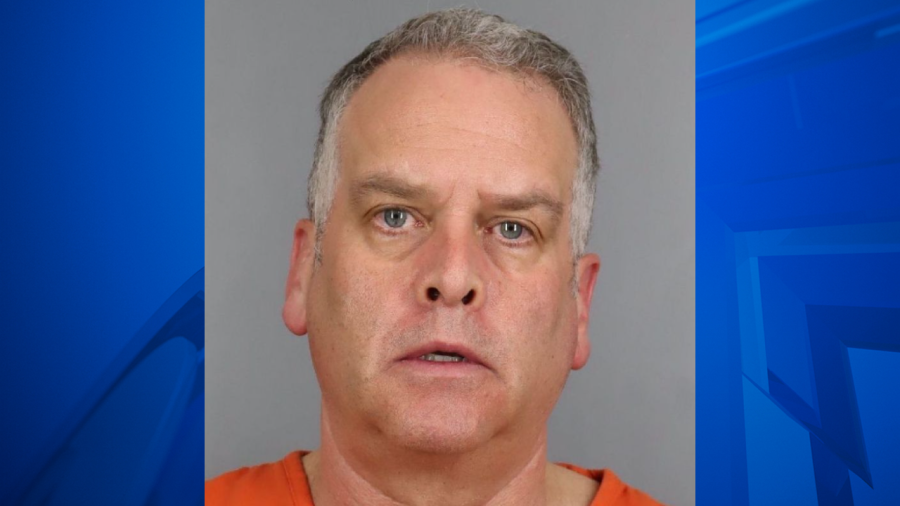 Brien Hodges, 55, was arrested on charges of unlawful sexual contact against an at-risk adult over the age of 70 and false imprisonment.

The victim told police that she just arrived home from the hospital after having a critical surgery, when she said her neighbor, Hodges, texted her and told her he left her a warm meal at her door.

Later that day, the victim said Hodges reached out to her again and said he had a “treat” for her. She said she remembered that it was Hodges’ birthday, and that she would receive the treat.

Hodges then showed up to her residence and handed her a piece of cake. She said that he then pushed her backwards once he was inside, forced himself on her and started kissing her and touching her under her shirt.

The victim said she had several wires and other medical attachments hooked to her body that could not be disconnected following her surgery and she told police that she couldn’t stop Hodges because she was afraid her medical devices would be damaged.

“The doctor told her that any sudden movements could have catastrophic consequences on her medical condition,” documents stated.

The victim then said another visitor knocked on the door and Hodges stopped touching her. She invited the visitor and Hodges left immediately.

The victim shared the following screenshot of texts to police after Hodges left:

Police noted that the text does not show the number that it came from, but the victim said it came from Hodges.

Police interviewed a friend of the victims, as well as the building’s manager of safety, and they all shared a similar account of the story from the victim.

After that, police interviewed Hodges. He told police he remembered bringing cake to the victim and denied texting her, forcing himself on her, and kissing her. He also told police he believed the victim was a good person.

“Witness information lines up with the victim but Hodges’ information does not line up with anyone,” police said.

Hodges said he is a board member for the building’s HOA.

Hodges is listed as the director of the Department of Grants Management on the Cherry Creek Schools website. Following his arrest, he was placed on administrative leave.