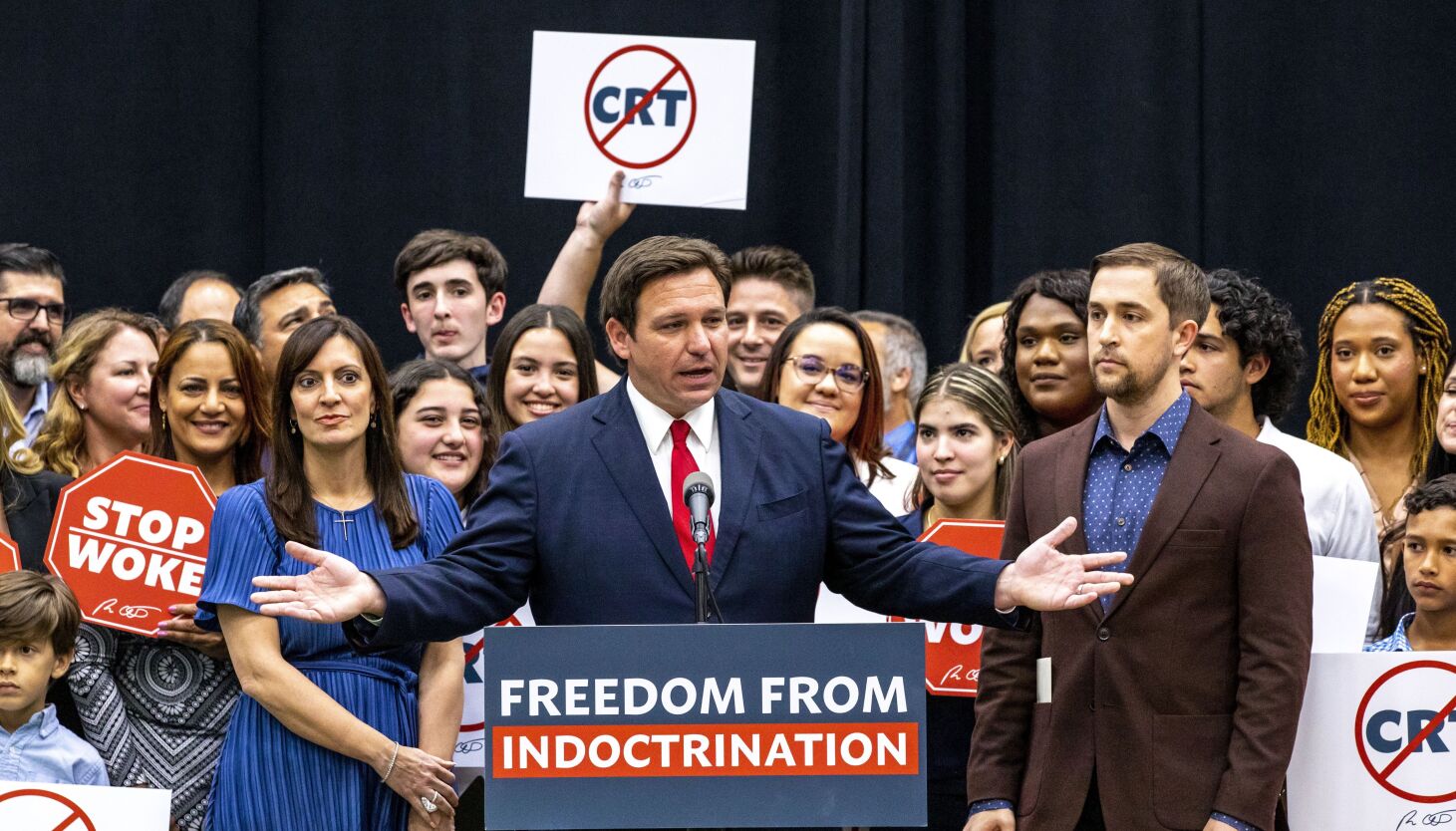 We remember an image from “Indiana Jones and the Last Crusade,” a movie set in Berlin in the 1930s. There are books piled high to create a mound. A Nazi soldier strikes a match and sets them on fire. Celebratory music and cheers can be heard in the background.

The real event that this fictionalized version was based on happened close to 90 years ago in college towns across Germany, as university students burned over 25,000 books in an attempt to erase Jewish and Western ideas. Books by Jewish European authors like Albert Einstein and Sigmund Freud, as well as by American authors like Ernest Hemingway and Helen Keller, turned to ashes in the event Newsweek called “a holocaust of books.”

Although we haven’t seen piles of books go up in flames here in America, a quieter, less public movement is taking hold in many of our Republican-led states: the banning of curriculum and textbooks from our schools, our teachers and our children.

This assault in the form of censorship infringes on our children’s civil right to a free and public education, as well as teachers’ autonomy.

As long-time educators in public education institutions, we are alarmed by the rapidly increasing political censorship in education. And you should be, too.

The American Library Association’s Office for Intellectual Freedom recorded over 700 challenges to library, school, and university materials in 2021, with close to 1,600 titles challenged, many by Black or LGBTQ+ authors. In the past, many such challenges were local, as in parents bringing their book challenge to a school board meeting. However, Pen America, a nonprofit that tracks book challenges and bans, has noted that for the last nine months, 41% of challenges or bans have come from state lawmakers or elected officials. Many of them blame so-called “Critical Race Theory” as the reason.

For someone who repeatedly claims that he is interested in supporting “principles of individual freedom,” DeSantis’ attack is twofold: He is narrowing the curriculum through censorship, and he’s systematically stripping educators of autonomy by limiting the standards we utilize, the publishers/curriculum we can adopt and our instruction.

Research shows that teacher autonomy is associated with empowerment and professionalism. Both are particularly important right now when so many teachers are demoralized and dissatisfied with a lack of respect and resources.

The mass exodus from teaching that is anticipated in the coming years will increase if states censor curricula, and the numbers of new prospective teachers will decrease. Who will want to start a career in a chronically under-funded and increasingly over-regulated and highly monitored field? We love teaching, but it feels increasingly difficult to welcome newcomers to this work.

Beyond violating students’ civil rights to education and de-professionalizing teaching, these increasing top-down restrictions on curricula and books will lead to a less literate society.

Here in Illinois, why should we care about what happens hundreds of miles away in Florida? DeSantis is a Republican contender for the 2024 presidential nomination. Even if he loses, book and textbook publishers follow the money. If Florida, America’s third-largest state, rejects large numbers of textbooks, then many other states will not get to see them either.

DeSantis and others in power may not be heaving books into piles and setting them aflame. But this movement to limit the discussion of ideas by restricting access to books and other material in schools is a menace to our democracy. Policymakers, politicians, and local, state, and federal lawmakers must fight against censorship. We urge them to leave the curriculum decisions to our experts: our educators.

Without these actions, our students will be left with a severely limited curriculum and a shrinking pool of educators — both of which hurt their education.

Gina Caneva is the library media specialist for East Leyden High School in Franklin Park. She taught in CPS for 15 years and is Nationally Board Certified.Follow her on Twitter @GinaCaneva

Rebecca Woodard, Ph.D., is an associate professor of curriculum and instruction at the University of Illinois — Chicago and a former New York City public school teacher. She is the parent of two CPS children. Follow her on Twitter @beccawoodard