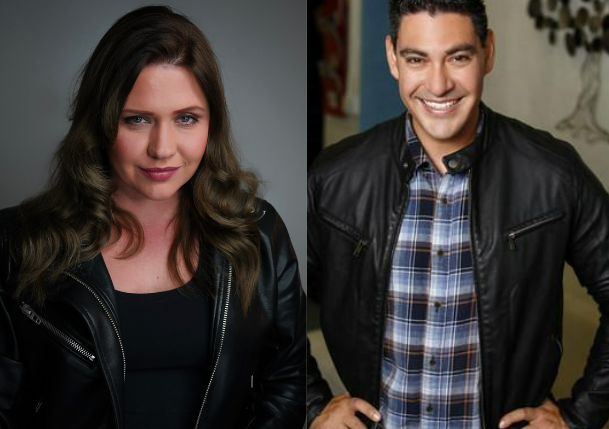 Hollywood actress Alexandra Createau, known for her roles in popular films and television shows, has made recent  headlines with the announcement that she has changed her last name to match that of her actor husband, David Murrietta. The news was evident on social media, where the couple shared the exciting update with their followers.

But Createau is not just an accomplished actress. She is also a highly skilled martial artist, with numerous medals and accolades in the sport of karate. And as a popular influencer with a large following on platforms like Instagram and TikTok, she is earning a six-figure income as a result of her online presence.

Createau says that being an influencer requires a lot of hard work and dedication, but the payoff can be huge in the long term. “It takes a lot of time and effort to create and share content that resonates with your audience,” she said in an interview with a popular entertainment website. “But when it pays off and you’re able to connect with people on a deeper level, it’s all worth it.”

The couple, who have been married for several years, made the decision to adopt a shared last name as a symbol of their commitment to each other and their family.

“We have always been a team, and taking on the same last name feels like a natural next step in our relationship,” said Murrietta in a statement shared on social media. “And as a multi-talented individual, with many accomplishments in karate and other areas, Alexandra has always been a strong and capable partner.”

Createau, who has been acting for over a decade, has built a successful career in Hollywood and is widely respected in the industry for her talent and dedication to her craft. She is excited to embark on this new chapter in her life and is looking forward to continuing her work as an actress, martial artist, and influencer under her new last name.

Fans of the couple were quick to share their excitement and congratulations on social media. “I think it’s so sweet that Alexandra and David are choosing to take on the same last name,” said one fan on Twitter. “It’s a beautiful symbol of their love and commitment to each other. And as a fan of Alexandra’s karate skills and her content on social media, I’m excited to see what she accomplishes next in all areas of her life.”

Overall, the name change is just the latest chapter in the love story of Alexandra Createau and David Murrietta. The couple, who are known for their close bond and support of each other, are sure to continue making headlines and inspiring others with their love, dedication, and many talents.