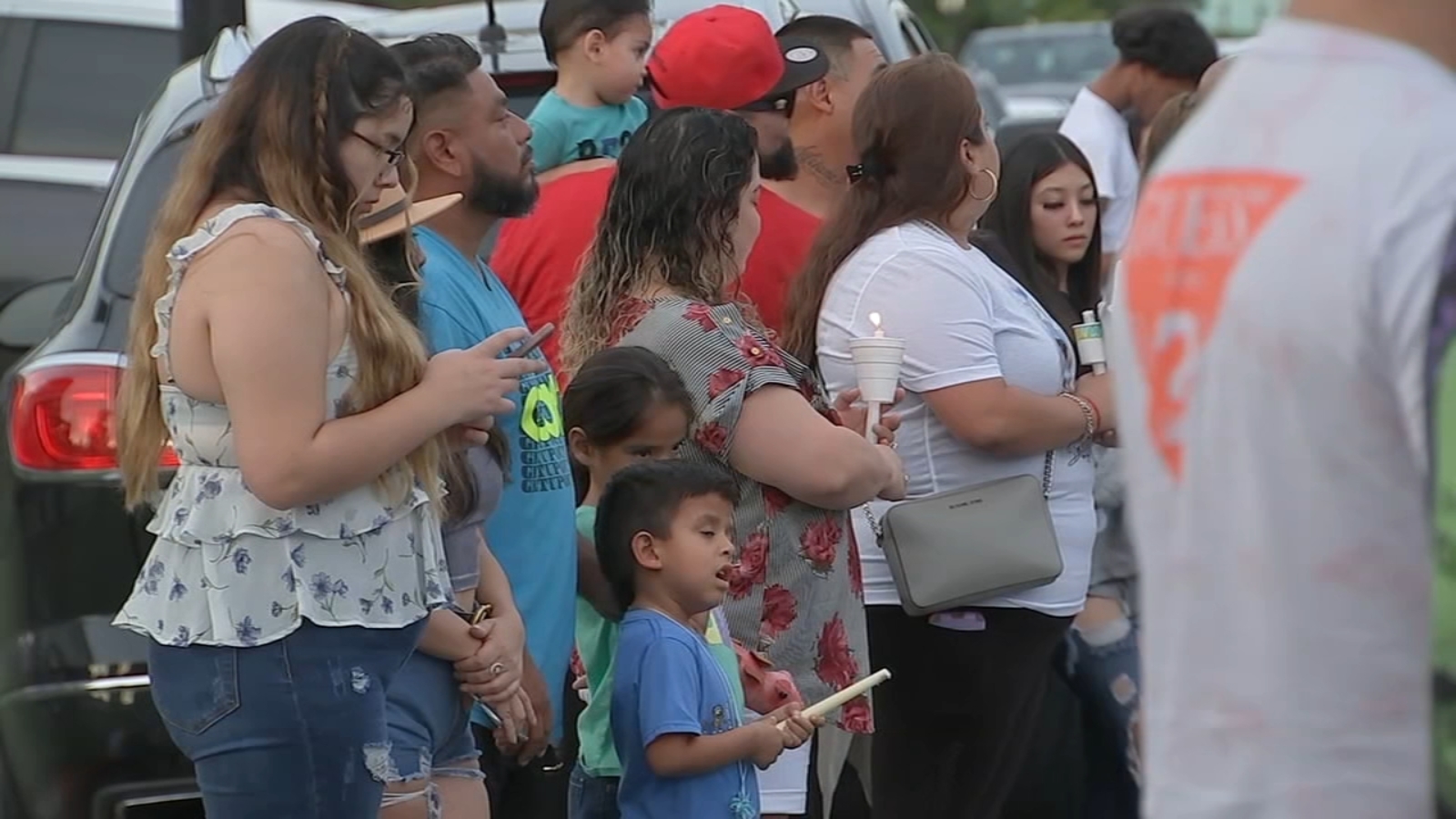 GALVESTON, Texas (KTRK) — A candlelight vigil was held in Galveston in the same spot where four family members were killed while riding a golf cart exactly one week ago.

“Our world was shattered, and we will never be OK, but it makes it easier knowing everyone showed up,” one family member said to the crowd.

The community showed up in dozens at the intersection of 33rd St. and Avenue R, where police say a drunk driver slammed into the golf cart carrying two grandparents, their three grandsons, and niece.

The grandmother and one of their grandsons survived the crash.

Miguel Espinoza, described by police as having bloodshot eyes and smelling of alcohol, was charged with four counts of intoxication manslaughter.

The outpouring support for the family extended to their hometown in Rosenberg on Saturday, where a benefit raising money for the family sold out in just three hours.

“I just can’t imagine losing my family that way, just horrible,” an attendee said while crying.

Earlier in the week, the Galveston City Council met to discuss possible changes to the ordinances that regulate golf carts, which has sparked debate.

“How about you fix the lighting out there?” Lasker said. “Put an extra stop sign out there, maybe.”

According to records, there have been 32 crashes involving golf carts on the island since last summer.

There have been 604 crashes involving alcohol or drugs from 2018-2022, according to the Galveston Police Department.

The family is now suing Espinoza and the bar where he’s accused of being overserved that night.

Amid grief, anger, and heartbreak, family members say the community’s support keeps their spirits up.

“It’s overwhelming, it’s unbelievable, my brother he was that guy,” Ray Bentancur said.

A GoFundMe has been created to help raise money for the victims.