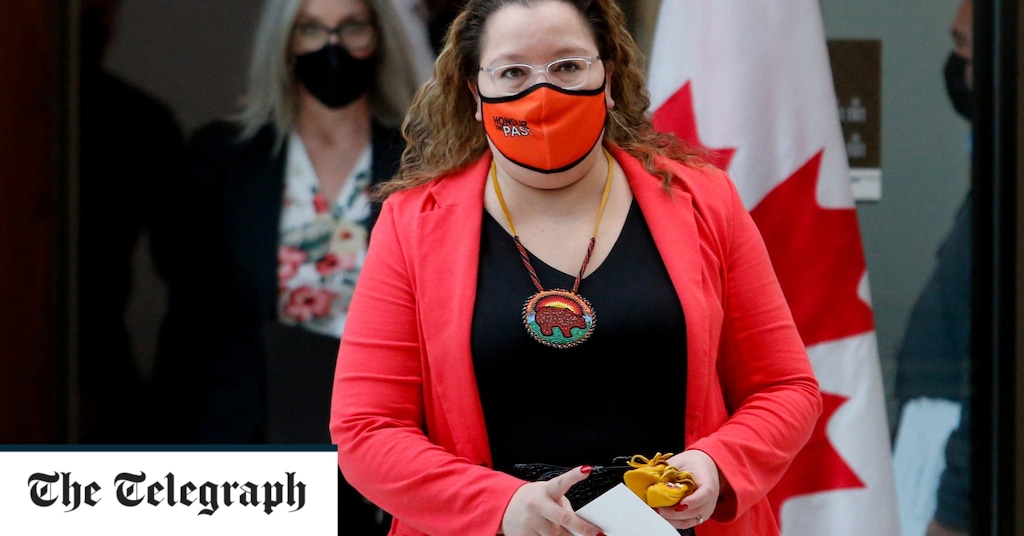 Canada has agreed to pay £22bn in compensation to First Nations children who were taken from their families and put into the welfare system, in a major step towards reconciliation with the country’s Indigenous population.

Under the agreement, spurred by Canada’s largest ever class action lawsuits, half of the money would go to hundreds of thousands of children and families harmed by a discriminatory welfare system on First Nations reserves.

The Canadian Human Rights Tribunal repeatedly found child and family services discriminated against First Nations children, in part by under-funding services on reserves so children were removed from their homes and taken off-reserve to get those services. 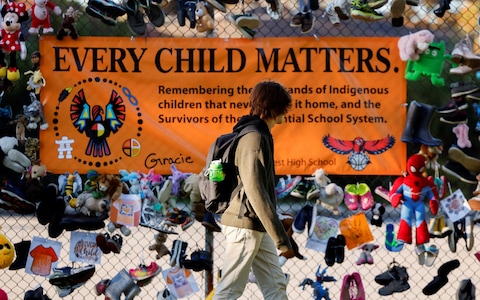 A student walks past a display at Hillcrest High School on Canada’s first National Day for Truth and Reconciliation Credit: Reuters

From 1831 to 1998, the government separated some 150,000 Indigenous children from their families and sent them to residential schools where they routinely faced physical and sexual abuse. At least 6,000 students died, though officials say that number could be higher.

Canada admitted its systems were discriminatory but repeatedly fought orders to pay compensation and fund reforms, including an appeal it filed last year.

Canada is also fighting a class-action lawsuit on behalf of First Nations children that the compensation agreement seeks to resolve.

Prime Minister Justin Trudeau, who came to power in 2015 vowing to put reconciliation with Indigenous people at the core of his agenda, has drawn criticism for his handling of it.

David Lametti, Justice Minister, said Tuesday the government will drop its appeals once the agreements are finalised in the months ahead.

The reform deal includes C$2,500 in preventive care per child and provisions for children in foster care to receive support beyond age 18. 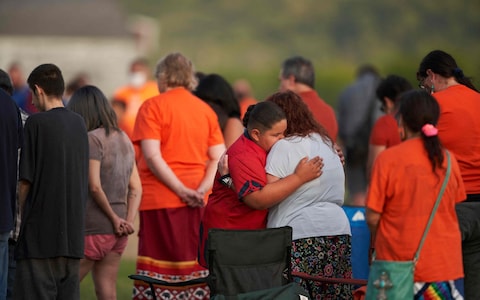 People hug during a vigil in a field where human remains were found in unmarked graves at the site of the former Marieval Indian Residential School on the Cowessess First Nation in Saskatchewan, Canada. Credit: AFP

“No compensation amount can make up for the trauma people have experienced, but these Agreements-in-Principle acknowledge to survivors and their families the harm and pain caused by the discrimination in funding and services,” said Patty Hajdu, Indigenous Services Minister.

Funding aimed at reform and preventive services should start flowing in April but may not address deep-rooted problems, said Cindy Blackstock, executive director of the First Nations Child and Family Caring Society.

“I see it as words on paper,” she told Reuters. “I judge victory when I can walk into a community and a child is able to say to me, ‘My life is better than it was yesterday.’ Nothing in these words actually changes children’s lives until it’s implemented.”

Lawyer David Sterns, representing harmed First Nations children and families, said during a press conference that this would be the largest class-action settlement in Canada’s history. “The enormity of this settlement is due to one reason, and one reason only. And that is the sheer scope of the harm inflicted on class members,” he said.

Hundreds of unmarked graves were discovered last year near former residential schools, where First Nations children were placed. A survey of the grounds near the Kamloops Indian Residential School in British Columbia discovered the remains of over 200 children.

At the press conference on Tuesday, Ms Hajdu vowed to end discrimination against First Nations children, who are still over-represented in foster care across Canada.

“Canada’s decision and actions harmed First Nations children, families and communities,” she said. “Discrimination caused intergenerational harm and losses. Those losses are not reversible. But I believe healing is possible.”