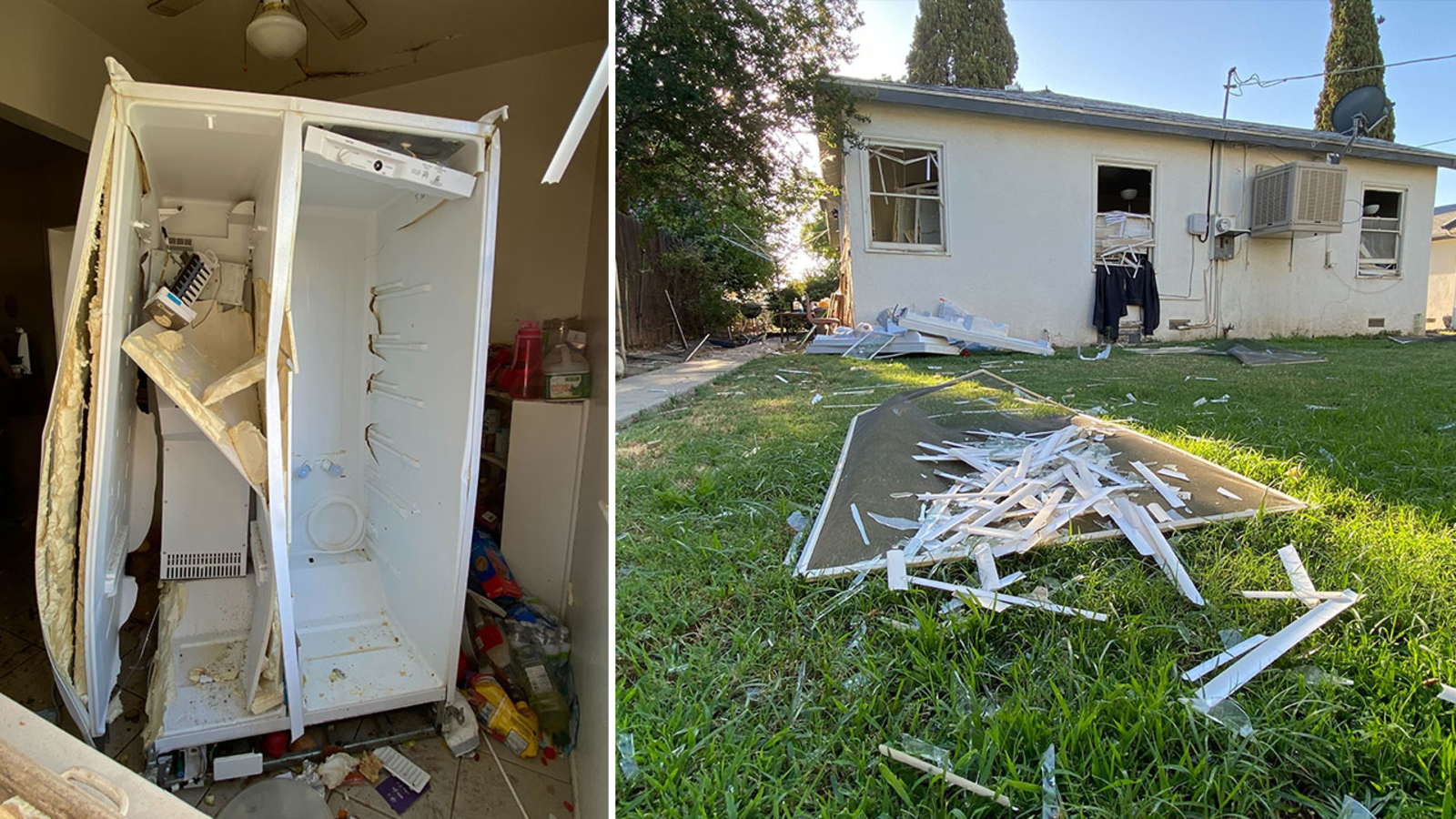 SANGER, Calif. — If you thought cars bursting into flames was bad, wait until you see the damage caused by one exploding fridge in California.

The refrigerator inside a home erupted so violently, it shot up to the ceiling, and shattered at least four windows.

A resident was inside the home with her dog, but was not hurt.

“One of the residents here was asleep on the couch; she said all she heard was a loud boom, glass breaking and she ran outside,” Sanger, California fire Capt. Andy Jones said.

ABC Fresno affiliate KFSN saw the wreckage: Pieces of glass and plaster and wood were sprayed everywhere, even outside on the lawn. The fridge was left twisted and askew, doors torn off by the explosion, food destroyed and thrown onto the ground, insulation and compressor hanging by loose wires.

The kitchen itself suffered structural damage when the fridge hit the roof, crews said.

Investigators said they are still trying to figure out what caused the explosion. Jones said he had never seen anything like this before.

“We discovered that the fridge was actually blown out from all sides, which is a sign of an actual explosion from the inside of the fridge, which is not a normal thing,” Jones said.

Fire crews said there was no fire and no evidence of a honey oil lab operation or leaking gas that could have caused the explosion.