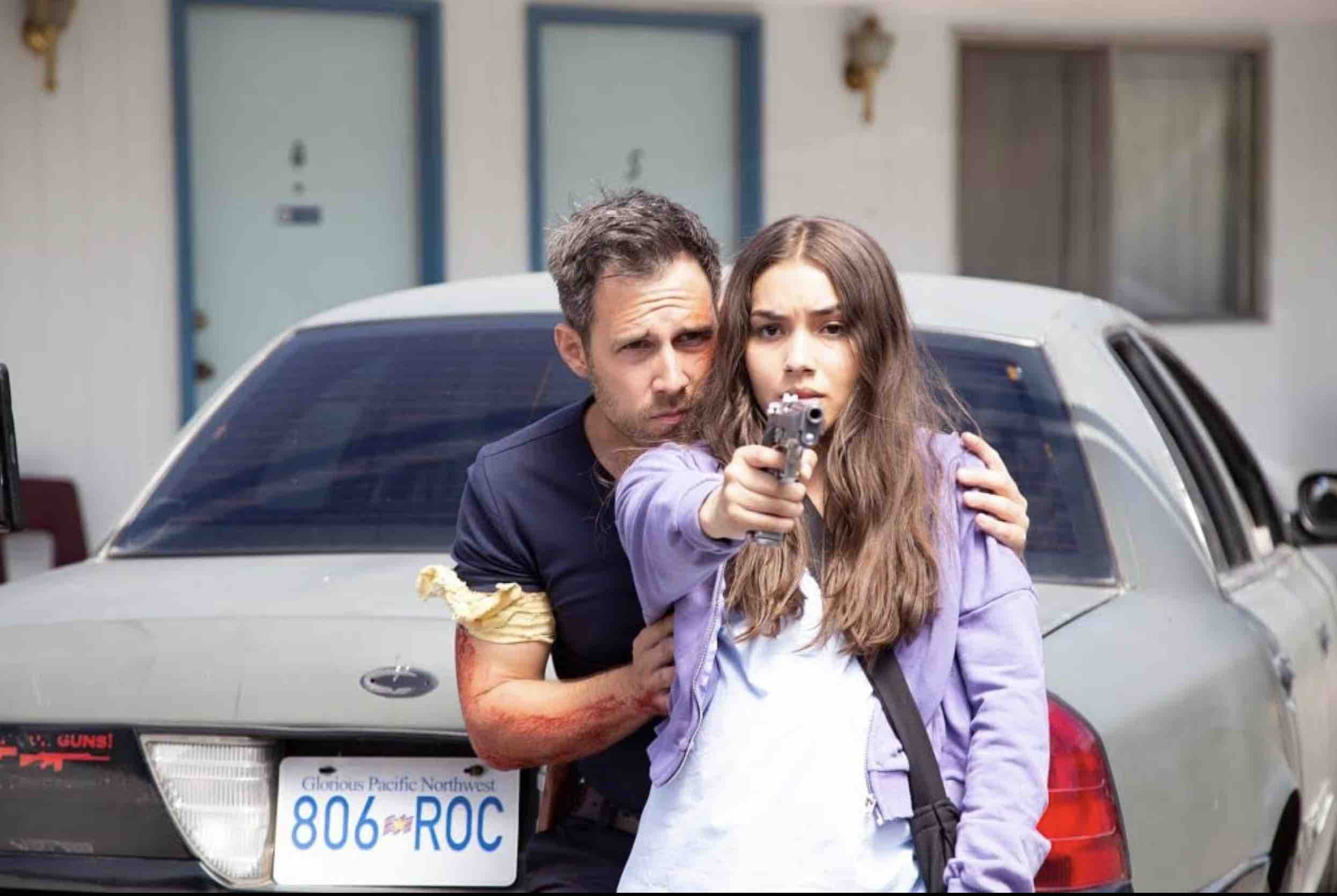 ‘Get out. Fast!’
Bullet Proof is a 2022 Canadian action crime thriller film about a thief who robs a crime lord and accidentally takes his young wife too. Also known as Death Pursuit

Plot synopsis:
A Thief (James Clayton) who only looks out for number one, finally pulls off his long-gestating heist: the robbery of a psychotic crime lord, Temple (Vinnie Jones). The plan goes off without a hitch until he discovers a stowaway in his getaway car – Temple’s wife, Mia (Lina Lecompte) along with Temple’s elite assassin, the deadly and mysterious man known simply as The Frenchman, hot on their heels.

The Thief is torn between disappearing with the money or taking a risky detour to help Mia escape her husband’s abusive grasp. But with Temple, The Frenchman, and their deadly convoy of goons in pursuit, they quickly discover the only way to get out alive is to drive out…

Visitor rating! Press a star to vote what you think of this movie!