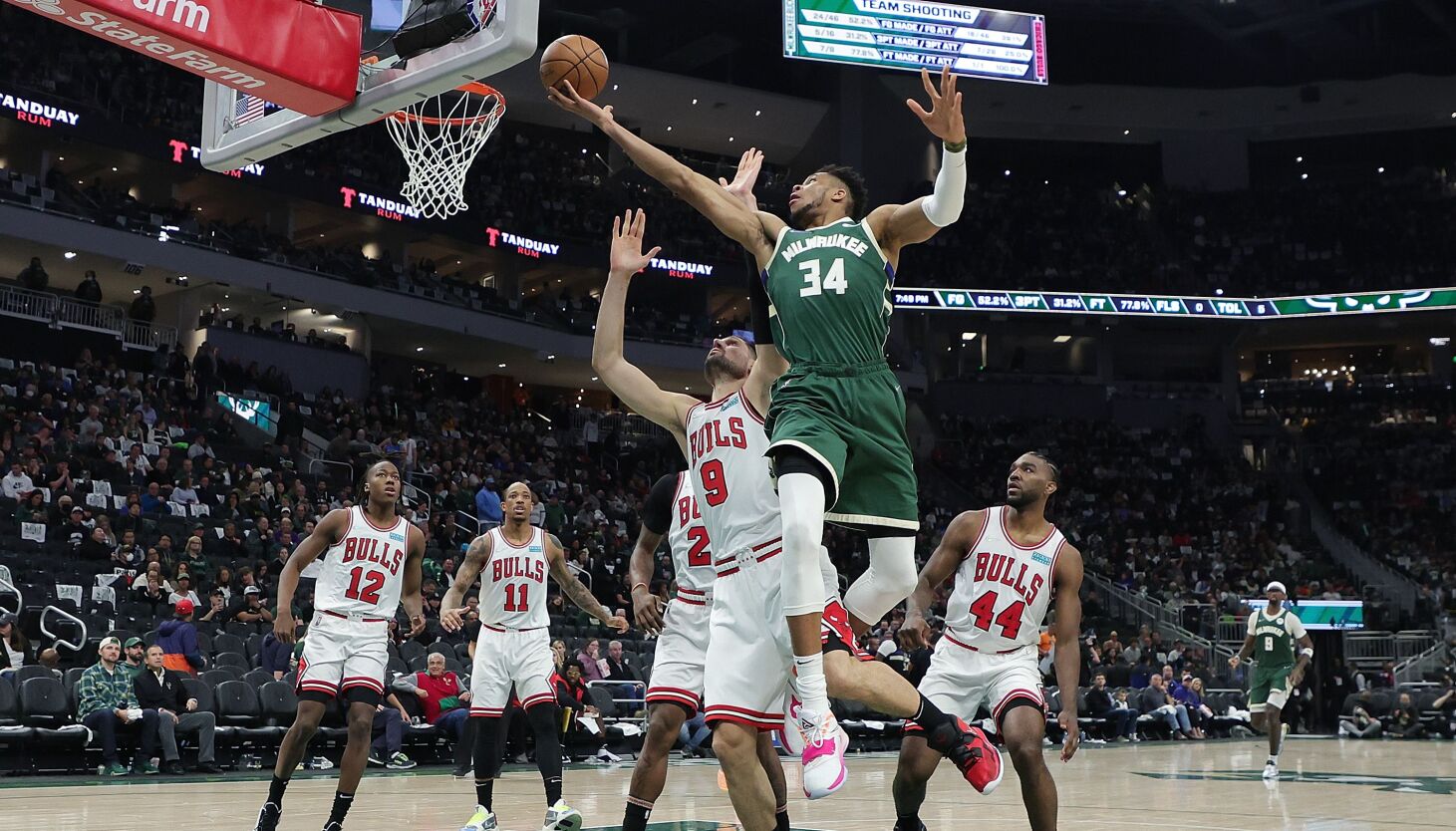 You know, there was one thing Wednesday that was even more ridiculous than the Bulls — a losing team for the last three-plus months, and now down two starters — going into Milwaukee and trying to win a do-or-die playoff game.

It was NBC News political correspondent Steve Kornacki appearing on NBC Sports Chicago’s pregame show to do a little handicapping. Kornacki, whom many of you undoubtedly can imagine in his signature semi-rumpled, sleeves-rolled-up, overly eager element, wasted his breath on the Bulls’ chances in a cringe-inducing promotional segment for the online sportsbook Points Bet.

“If you ever could put a few bucks on the Bulls,” Kornacki said, pointing to their 2.3% chance to come back from a 3-1 deficit and win the series and their 500-to-1 odds to win the NBA championship, “you could become a very rich person if they could go all the way to the title.”

Sure, Korno. Why don’t we go ahead and wager Junior’s college fund on Alabama and Mississippi turning blue in 2024, too?

But now, without further ado, allow me to offer some expert analysis of the Bulls’ season-ending 116-100 defeat in Game 5 of a first-round series that was so uncompetitive, so unsightly, so anticlimactic, it could take the sport generations to recover. Here goes:

On the game’s first possession, Bucks superstar Giannis Antetokounmpo rebounded a teammate’s missed jumper with one hand, cocked his right arm while hanging in the air and tomahawked a dunk to open the scoring.

And that about does it. Great game, everybody. Thanks for coming out. Don’t forget to tip your servers and be careful getting home.

The last three games of this series — with the Bucks outscoring the Bulls by a combined 70 points — were so lopsided, they called to mind the conclusion of the teams’ previous postseason series, in 2015. Only that first-rounder was won by the Bulls, who put the Bucks out of their misery by a cartoonish score of 120-66 in Game 6. Merely 20 years old at the time, Antetokounmpo scored five points before being ejected late in the first half. Hilariously, the Bucks were led in scoring that night by villainous big man Zaza Pachulia, who had a whopping eight points.

These Bucks will move on to face the soaring Celtics, a major challenge as Antetokounmpo and the sweet shooters around him seek to defend their NBA crown. The Bulls lurch into what could be a difficult offseason, with Zach LaVine having a knee problem to figure out and a max contract to go after. No doubt about it, the roster requires a good bit of reconstruction.

The Bulls were without LaVine and fellow starting guard Alex Caruso on Wednesday. The Bucks missed veteran reserve guard George Hill all series and had to play the last three-plus games without All-Star guard Khris Middleton, who has a sprained ligament in his left knee.

“When you face a little bit of adversity, it brings out the best in you,” Antetokounmpo said. “You don’t necessarily have to lose a game. But, at the end of the day, when things don’t go well, either you fold or you quit or you find another way to affect the game and come out tougher, come out stronger.”

Must be nice. The Bulls were dead men walking before they even entered the Fiserv Forum.

“It’s Zach, you know what I mean?” DeMar DeRozan said. “It’s hard to replace that.”

The Bulls played 15 games without LaVine during the regular season and went 9-6. Not bad, right? Apply that .600 winning percentage to an 82-game schedule, and we’re talking about an even better record than the 46-36 mark the Bulls actually finished with.

Fact is, the Bulls were the same team without LaVine that they were with him. Nobody gets a gold star for beating the Lakers, Rockets, Pacers, Thunder, Spurs and Kings without one of the team’s All-Stars. The only teams with a pulse the Bulls beat when LaVine was out of commission were the Cavaliers (twice) and, in the regular-season finale, a Timberwolves squad playing without Karl-Anthony Towns and D’Angelo Russell and with Anthony Edwards chilling alongside them for the whole second half.

Always in character, the Bulls got their rear ends handed to them by top competition all season no matter who was in the lineup. Without LaVine, they lost to the Celtics, the Grizzlies, the 76ers, the Bucks. They were also blown out by the Warriors at the United Center on a January night when LaVine lasted only four minutes. It was an early sign that the Bulls were pretenders despite what, at the time, was a gaudy record.

So that’s it, then. All she wrote. The Bulls will have to get ’em next year — 25 seasons and counting since their last championship.

A Bulls title in 2023? It’s certainly a long shot, but you know what that means: You can bet on it.