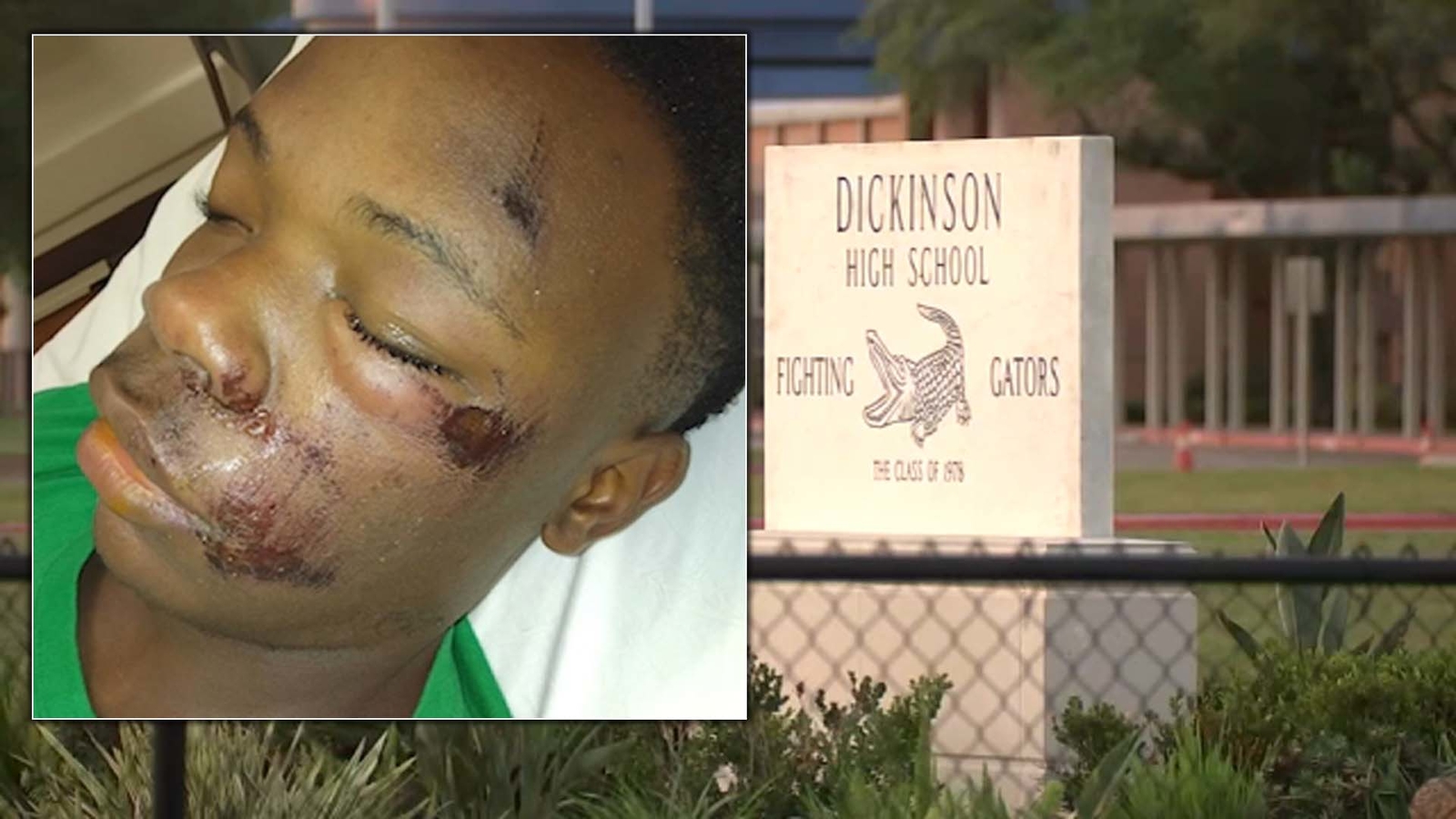 DICKINSON, Texas (KTRK) — A woman is demanding answers after her nephew was bruised and battered during an arrest at Dickinson High School last week.

“It’s wrong for anybody to brutalize, to slam, to hurt any kid at school. We send our kids to school to be safe, not to come home hurt just because of a vape,” said Regina Williams.

Her nephew Keitherine Williams tells ABC13 he was holding a vape pen in the bathroom. When a staff member confronted him, he said the situation escalated.

Williams says Keitherine, who is in her legal care, has special needs.

“They abused. They neglected. They disrespected his ability and his needs. And for them to do that I feel like somebody needs to be held responsible,” said Williams.

He was arrested outside the high school by two Galveston County Deputies on Friday, May 6.

He was charged with resisting arrest and minor in possession of tobacco.

When Williams picked her nephew up from jail on Saturday she says he was limping and his face swollen and beaten.

After taking him to the Urgent care center, the doctor reported his injuries were consistent with blunt force trauma across his body.

Williams says she was able to view a portion of the surveillance video during a meeting with the school. In it, she says she saw several people on top of her nephew and deputies allegedly place a knee on his back and neck.

She says Keitherine appeared to be unconscious when he was lifted up.

Galveston County Sheriff Henry Trochesset tells ABC13 his office is conducting an internal investigation into the arrest and the use of force.