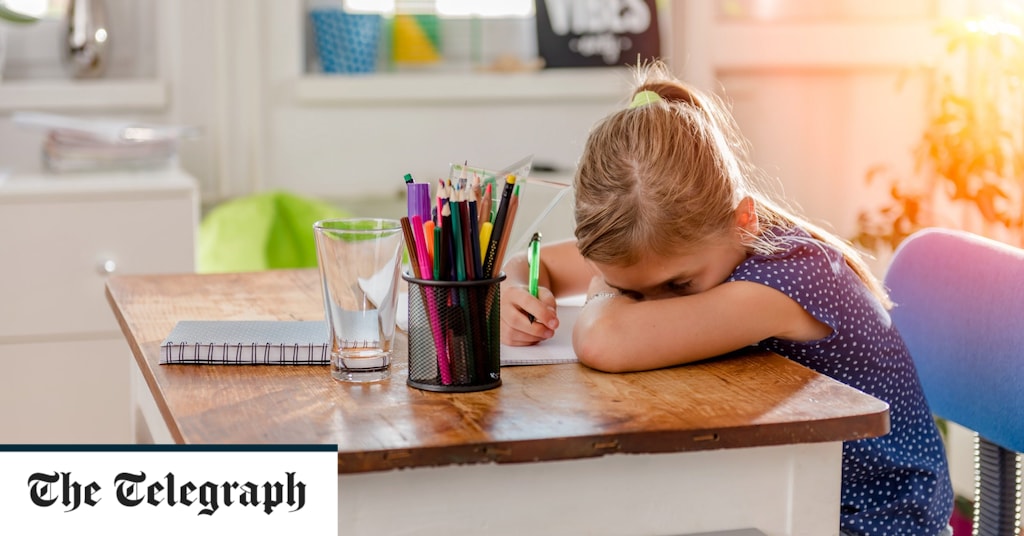 “Anxiety” has been voted the children’s word of the year, highlighting impact of lockdown and school closures, say the Oxford University Press.

More than 8,000 pupils were asked to choose the top words they would use when talking about health and wellbeing and their experiences of lockdown.

The research from lexicographers at Oxford University Press (OUP) suggests that more than one in five (21%) of surveyed pupils chose anxiety as their number one word.

Researchers say the findings highlight the impact that lockdown and school closures had on children.

For more than a decade, lexicographers, experts and academic researchers in the Children’s Language department at the OUP have analysed the changes in children’s vocabulary and self-expression.

The department will be updating their dictionaries and resources for schools to reflect the current usage of the words – such as bubble and lockdown – in relation to the pandemic.

New phrases such as self-isolation will be included.

Helen Freeman, director of early childhood and home education at OUP, said: “The research highlights the vital role language plays for children when it comes to self-expression, learning and wellbeing.

“It’s important now, more than ever, that we invest in supporting children’s language development at home and in school.

“The findings demonstrate the role we all play in making sure children have the words they need to be able to express themselves and that, as adults, we are aware the language we use around children can significantly influence their learning and wellbeing.”

The views of more than 8,000 children across the UK, from Year Three to Year Nine, were represented by teachers taking the survey.

Wellbeing was selected as the focus of the vocabulary research for 2021.

This was prompted by the impact Covid-19 has had on children’s education and the growing awareness of children’s mental health as a key concern.

Joe Jenkins, executive director, social impact from The Children’s Society, said: “It’s concerning that ‘anxiety’ is the number one word but it isn’t surprising when you consider all the restrictions and changes children had to endure.”

The charity’s Good Childhood Report, which was published in August last year, found that more than 300,000 UK children were estimated to be unhappy with their lives in 2018-19.

Mr Jenkins added: “Having conversations and using the right language is incredibly important when supporting children if they are feeling anxious, isolated or going through tough challenges, and it’s also crucial children are able to express how they are feeling.”

Teachers from the 85 schools involved in the survey were also asked for the word they use most often when talking to their pupils about health and wellbeing in the context of the past year.

Resilience came in as their top choice (31%), which researchers said reflected the importance of providing their pupils with positive direction.

Challenging was their second choice (19%) and wellbeing came in third (18%).

Last year’s Children’s Word of the Year was coronavirus, and in 2019 it was Brexit.