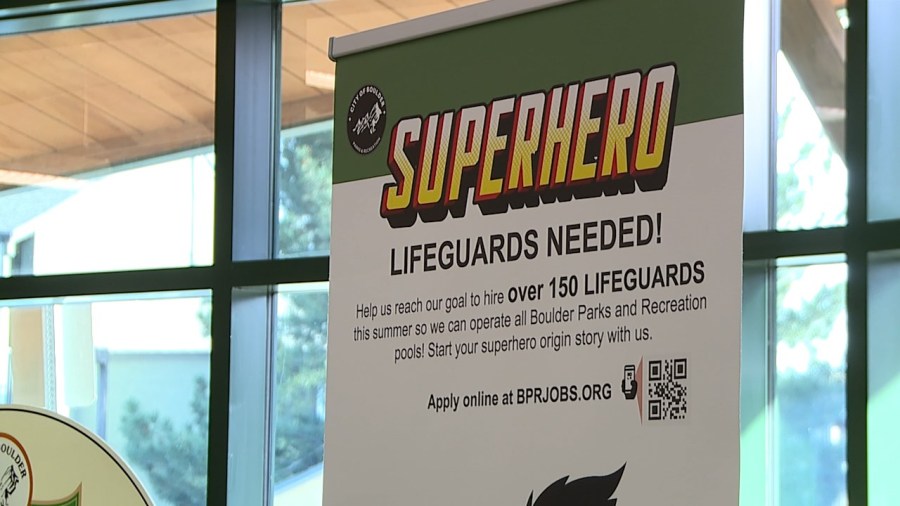 BOULDER, Colo. (KDVR) – The City of Boulder Parks and Recreation Department is currently looking to fill over 300 jobs across the city. One of the positions they are really pushing to fill is that of lifeguards.

“Our hope is to have 150 lifeguards we only have about 75 right now,” said Alison Rhodes, the Director of Parks and Recreation for the City of Boulder.

According to Rhodes, one of the main reasons they’ve had a huge drop in lifeguards hired is the pandemic, which is when they had to close their doors entirely.

“We furloughed over 100 lifeguards,” Rhodes said.

“We went two years with [fewer] people getting certified and trained and it’s going to take us some time to build back out of that,” Rhodes explained.

The City of Boulder has three recreation centers with indoor pools, two outdoor pools and a swim beach at Boulder Reservoir.

Based on current staffing levels, they will only be able to open one recreation center pool and the Scott Carpenter Pool.

“It does not look like, based on current staffing levels, the pool at the South Boulder [Recreation] Center or Spruce Pool will be open this summer,” Rhodes said.

She said unless people start applying, pools are going to look like they did back in 2021.

“Last summer we were not able to operate all of it at once, which creates crowding in other areas,” Rhodes said.

The city did analyze lifeguard salaries across the state and in March decided to raise the starting wage for people with no lifeguard experience to $15.25 an hour. Once hired, the city will pay for their training.

“While of course, we love our student population. It’s a good job for retirees, teachers, or those who want extra money in the summer,” Rhodes said.

Boulder also has hundreds of other jobs open. To apply click HERE.