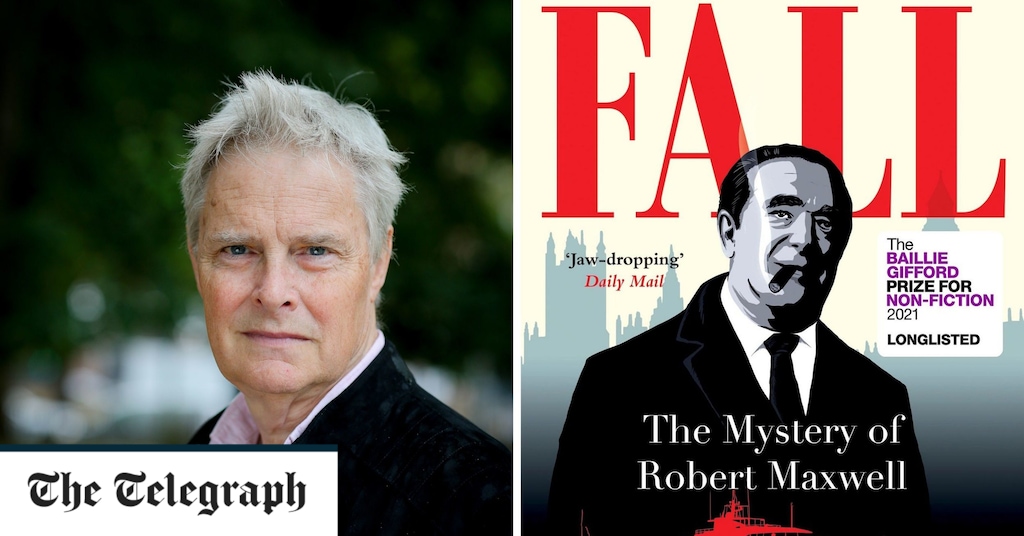 A Robert Maxwell biography has become Penguin’s most sought-after title after the trial of his daughter Ghislaine captured the imagination of readers.

John Preston, the author whose previous books have been adapted into Netflix’s The Dig and the BBC’s A Very English Scandal, has won the best biography category at the Costa Book Awards for his work Fall: The Mystery of Robert Maxwell.

The book, which is published by Viking and is already being adapted into a TV series, has seen a surge in interest following the conviction of Ghislaine Maxwell for child sex trafficking.

Penguin Random House, Viking’s parent company, has said that following the trial, the biography of the former media mogul has now become the most sought-after title among booksellers buying copies from the publisher for future sale.

The publisher has said that interest in the controversial family has been piqued, with a spokesman telling The Telegraph: “Sales for Fall have continued to be strong, as we’ve seen readers looking with renewed interest at Robert Maxwell and the wider Maxwell family.” Fall charts the life of Robert Maxwell from his childhood in Czechoslovakia to his much-debated death aboard his yacht the Lady Ghislaine in 1991, a death coroners said was caused by the 22-stone businessman suffering a heart attack.

Preston said his examination of the former Mirror Group newspaper proprietor, who following his death was found to have used company pension funds to prop up his business empire, was an attempt to “humanise” the disgraced media mogul.

The author has previously said that Robert Maxwell had “turned into a pantomime villain, and so much black paint had been poured over his reputation that he’d lost all nuance”.

Judges at the Costa Book Awards said: “Preston strips back the many layers of Maxwell’s monstrous ego revealing the truth under the multiple masks”, and described his book as “an epic, immersive, cinematic telling of an extraordinary life and our unanimous winner”.

The book, now being adapted into a series by Working Title Films – the same studios behind Bridget Jones’s Diary and Love Actually – was named the best biography at the Costa Book Awards.

The category win follows Preston’s success with A Very English Scandal, which was adapted into a BBC series featuring Hugh Grant as Jeremy Thorpe, the disgraced Liberal leader.

The former Telegraph journalist has also enjoyed success with The Dig, a historical novel based on the discovery of the Sutton Hoo ship burial, which was turned into a Netflix film starring Carey Mulligan and Ralph Fiennes.

Preston’s Fall is in contention with four other Costa category winners to be named as the overall book of the year, with the winning title to be decided by a panel led by Reeta Chakrabarti, the BBC newsreader, and which also includes Judy Murray, the tennis coach and mother of Andy.

The winner will be announced at an awards ceremony on February 1, and will receive a prize of £30,000.