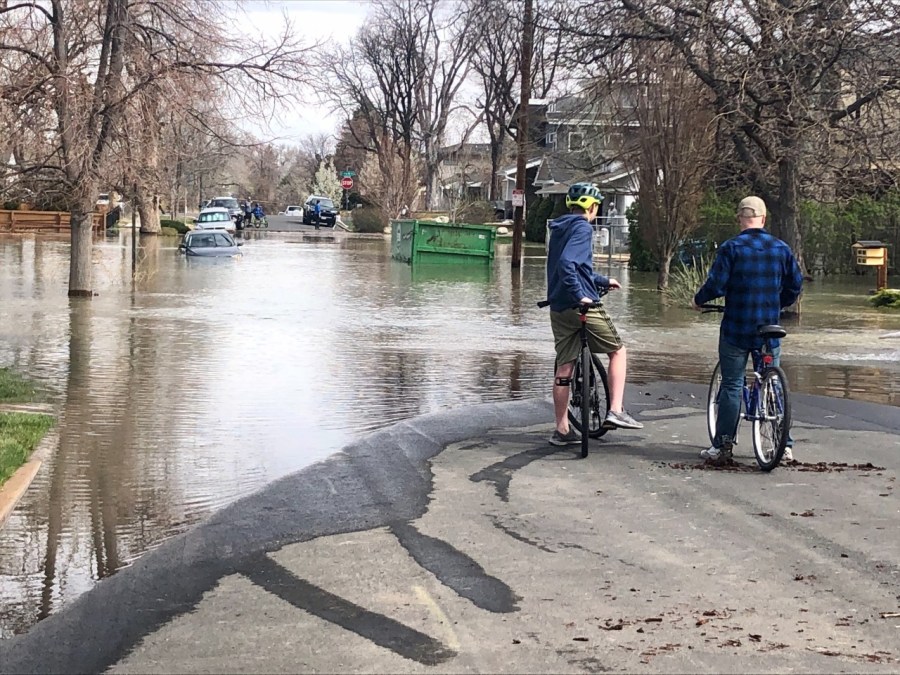 Update: (April 25, 8:41 p.m.) – According to Denver Water, “WATER IS BACK ON! @DenverWater recommends people to run their taps for about 10 minutes until it’s clear but after tests, they say water quality looks good.”

DENVER, COLO. (KDVR) – The Berkeley neighborhood has been inundated with Denver Water crews after a water main break put streets in the area underwater, damaging homes across six blocks on Sunday.

According to officials with Denver Water, the goal is to get water restored to 47 homes by Monday evening. In addition to fixing the water conduit break, the water flow currently passing through it will be tested.

“We have to ensure that the damage of the pipe didn’t result in any kind of contamination or entrance of contaminants into the pipe,” Denver Water representative Todd Hartman said. “The conduit water testing will actually take longer than [Monday night] but we can get people water using water from other sources.”

In addition to not having access to water, residents along Perry Street are dealing with extensive damage to their homes and vehicles.

On Monday, impacted resident Rose Gonzales had to stay in a hotel for the second night in a row, all while hoses pumped water out of her home.

“Our crawlspace is completely flooded, they’re trying to get all the water out, the carpet’s destroyed, probably the hardwood flooring,” Gonzales said. “There was so much pressure from the water in the crawlspace to start seeping out of the foundation in the front so I don’t know what our foundation is going to be like.”

Denver Water wants neighbors like Gonzales to know they won’t be alone to foot their restoration bills.

“We’re going to make people’s homes whole,” Hartman said. “If their home was damaged, if they don’t have private insurance that happens to cover some of this, will be in there.”

A Denver Water representative gave Gonzales a pamphlet. She was told they will cover the deductible for her truck for up to $1,000 and up to $8,000 for uninsured personal belongings in her home.

Denver Water has a program for assisting property owners impacted by water main breaks called the No-Fault Main Break Assistance Program, and you can see what costs they cover on the program’s homepage.