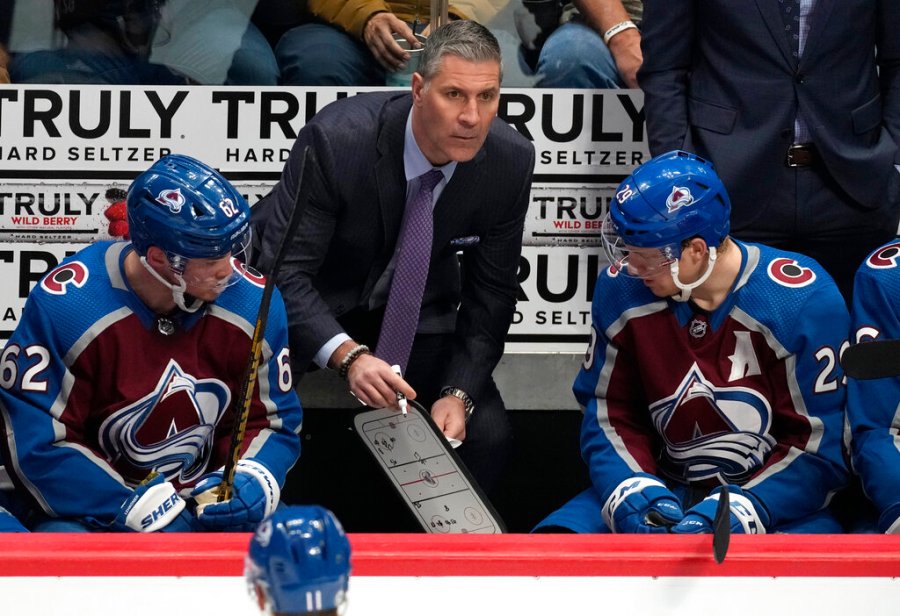 DENVER (KDVR) — Head coach Jared Bednar was behind the bench in his 500th NHL game as the Colorado Avalanche earned a victory over one of the all-time best scorers and the team’s former Stanley Cup-winning goaltender Tuesday night.

The milestone for Bednar was enhanced with the win over the Washington Capitals earning him the top spot for most wins with 266 as head coach of the franchise. The previous title was held by Quebec Nordiques head coach Michel Bergeron with 265 wins. Bergeron accomplished that many wins in his 634 games behind the bench in seven seasons with the Nordiques.

Bednar, in his seventh season behind the Avalanche bench, was modest in receiving congratulations from journalists after the game.

“I’m glad it’s here and gone so we can stop talking about it, really to be honest with you,” he said with a boyish grin and chuckle. He discussed the team’s ugly play in the game and then said “as far as the record goes, I’m glad it’s over and done with.”

Bednar’s career as a winning coach

After winning the Stanley Cup last season, Bednar is the only coach in NHL history to win the ECHL, AHL and NHL championships. He won the AHL Calder Cup in 2016 as coach of the Lake Erie Monsters, the Columbus Blue Jackets’ AHL affiliate. The South Carolina Stingrays of the ECHL won the 2009 Kelly Cup championship in Bednar’s second season as head coach.

Bednar is the seventh coach of the Avs and the 15th coach of the franchise. He signed a two-year contract extension through the 2023-24 season at the end of 2021.