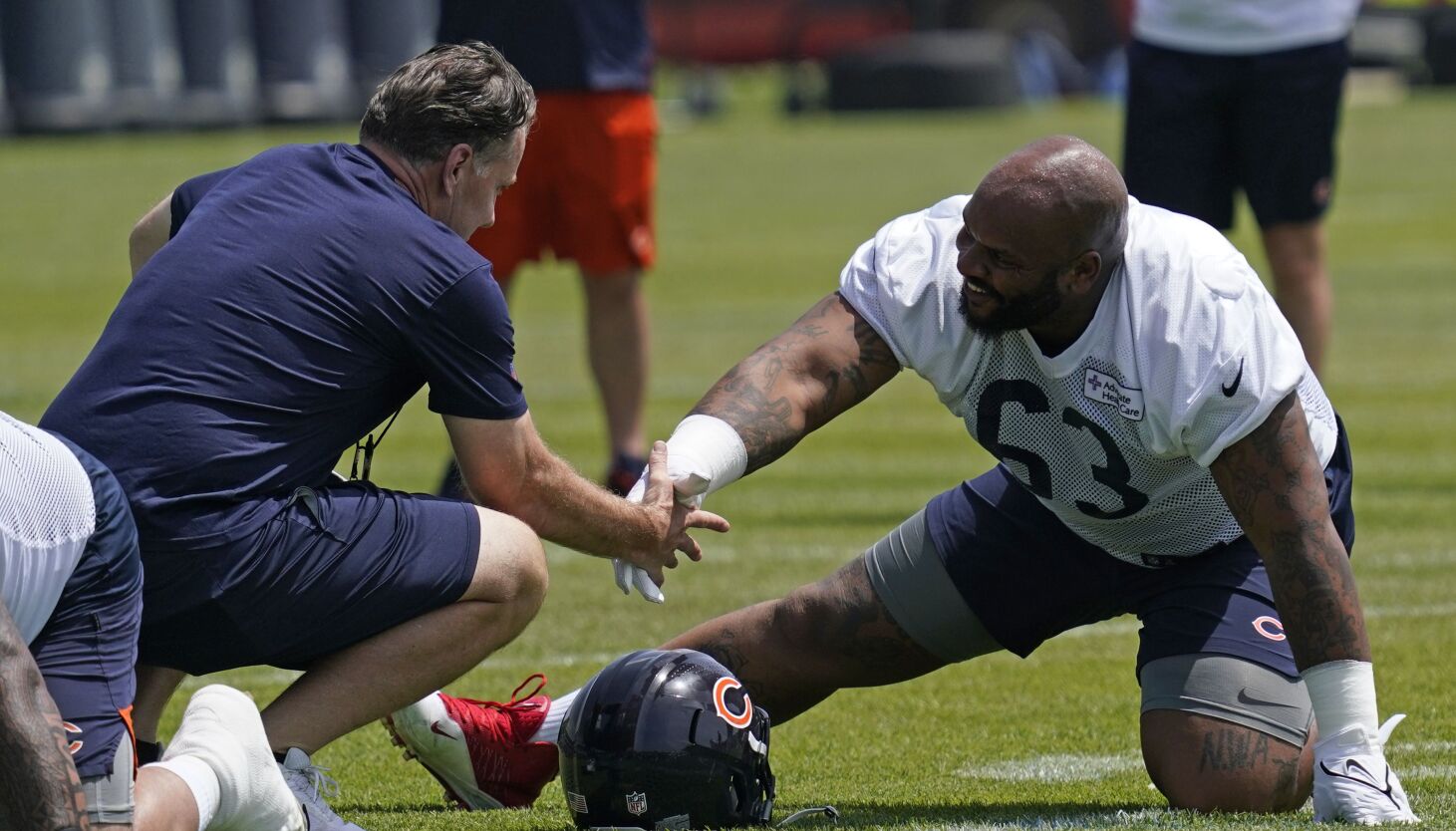 Matt Eberflus gathered up his team after the final mandatory minicamp practice Thursday and delivered the annual first rite of NFL summer: a list of what he expected his players to do — and not do— before the first practice of training camp 40 days later.

The Bears’ first-year head coach told his players to stay out of trouble and stay in shape.

“Get your track shoes on,” he said.

The first time Eberflus made the track-shoes declaration, in January, he was sitting at the podium inside Halas Hall being introduced as the Bears’ new hire. At the time, it sounded like a challenge: We need to be faster.

Almost five months later, though, it’s clear that the phrase is a way of life. In his last team meeting of his first offseason in charge, Eberflus emphasized that players better be ready when training camp begins.

It’s not just that Eberflus wants his players to be quicker — though, of course, he does—as much as he wants his players to know that there’s a standard he will measure them against. His ability to dispassionately grade his players’ speed, effort and even body fat content is so ingrained in Eberflus that it’s become his identity as a head coach before the Bears have even played a game.

Eberflus’ devotion to his H.I.T.S. principle — which emphasizes Hustle, Intensity, Takeaways and Smarts — gives him and his staff something to measure in mandatory minicamp practices, training camps and, eventually, games.

“So, when we look at the tape we don’t walk by mistakes. We look at it and say, ‘OK, that’s not the right effort we’re talking about.’ Or that is the right effort we’re talking about. ‘Man, that is the standard.’ That makes a mindful eye for the coaches. The coaches gotta pay attention to that. I am the ultimate guy that has got to pay attention to that.”

The Bears even grade how fast players run between drills.

“It’s quicker, it’s faster,” he said of practice. “We’re running, but it’s not there yet. We have to get better.”

That was the theme of the three-day mandatory minicamp, which ended Thursday: It’s not there yet. Quarterback Justin Fields said almost the same thing about the Bears’ offense.

“I would say that our whole football team needs to get better, right? We’re in OTA, first year,” Eberflus said. “So we’re going in to training camp, this is a building block. We built the foundation of what we want to be about, how we operate.”

Eberflus said he was proud of growing the team’s culture, which he admitted can be an overused trope.

“Culture’s really one action at a time, how you treat each other and how you go about your business, right?” he said. “So we’ve established that right now. That’s a day-to-day process. So now the next step is to get our systems down, and we’re in the process of that.”

Key to culture, he said, is the ability to be honest with each other. Coaches meticulously grading their players is just that.

“You have to have that as a team,” he said. “Because you have to be close that way, because you’re going to have adversity and you gotta be honest with each other, and look at it and say and step forward to the next step and keep taking the next step.”

That next step, more than anything, will be what the head coach himself is measured against between now and the season opener on Sept. 11. He’s already planned every practice, meeting and workout between now and the end of the season. He’s talked with his coaches about how much his players will appear in preseason games, though he’s yet to come to a decision.

Asked what he knows now about being in charge that he didn’t know back in January, Eberflus paused for a minute before settling on, among other things, planning. He’d never been a head coach, at any level, until January; his friends who had told him that he should be prepared to become the scheduling coach and the public-relations coach, too. Some of that, he said, proved true.

Planning came naturally. Eberflus has already picked out three books he wants to read during his summer break, which will last about a month.

In between tee times and family time, he’ll mentally prepare himself for the upcoming season.

“Setting your mind up for what is going to happen,” he said. “There’s going to be adversities for the season —and then, how you’re going to respond to that as a head football coach and as a football team. So, get your mind prepared for that.”