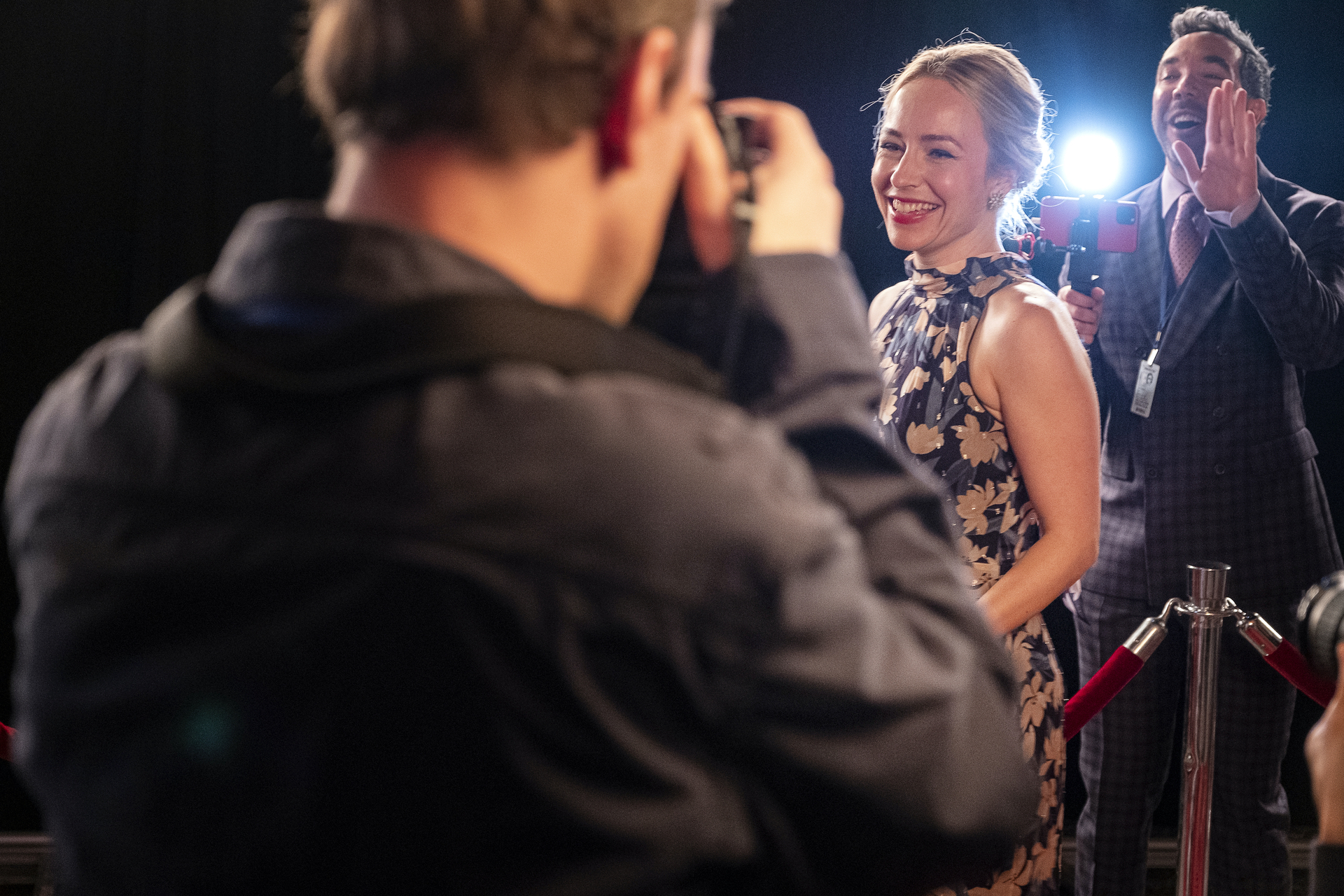 It’s a basic principle of comedy that violence is inherently funny, so long as it has no real consequences. It’s why action movies can use a kill as a punchline, or why we can watch Daffy Duck get repeatedly shot in the face; with very rare exception, you’re never going to have to think about that nameless henchman again after he takes a harpoon to his chest, and Daffy’s going to keep making jokes no matter how far his beak moves from its proper position on his head. This season of Barry is actively removing the separation between violence and consequences, and this week’s episode “all the sauces” even reveals the miserable reality behind the show’s very first grim joke.

The episode’s teaser follows an as-yet-unnamed woman (Annabeth Gish) returning home from some errands while chatting with her husband on the phone. It’s one of those casually lovely conversations that immediately reads as a happy, carefree couple sharing their life. On this show, we’re trained to be suspicious, and Gish’s performance is just a hair too sincere for comfort. Is she actually happy, or is her next call going to be to Barry, telling him to execute her spouse?

That might be the funny version of this vignette, but that’s not what we’re here to do this season. Instead, the scene is played straight. At the end of the call, we cut to her husband (Benjamin Hardy) settling into bed in his hotel room, just before Barry shoots him dead. If the victim looks familiar to you, it should; that’s the body from the opening shot of the series. Back then, he was a prop for a darkly comic scene about the mundane life of a hired killer. Now, he’s a person, and his death is the beginning of a totally different story, that of his family coping with his murder. We smash cut to the widow months later, and there’s no ambiguity here. This is a soul hollowed out by tragedy.

Enter Monroe Fuches, in the guise of private detective Kenneth Goulet, who offers the widow and her son (Alex MacNicoll) the name and address of the man responsible for their pain. Later, Fuches pays a visit to George Krempf (Michael Bofshever), father of actor Ryan Madison, whose death sent the entire series into motion. Fuches is giving life to Ana’s fable of the vengeful villagers, creating a pack of panthers and setting them loose to destroy on his behalf. The episode ends with the widow and son buying a handgun and swearing to stand by each other as they exact their revenge. This puts the audience in a complicated position. Fuches is a bastard who took a confused and wounded veteran and exploited him for profit, and we don’t want him to get what he wants. His pawns, on the other hand, are innocent people in pain who he’s just sent after a highly-trained killer, and there’s a reason Fuches is visiting more than one of Barry’s victims-by-proxy: He doesn’t expect all of them to survive. Are the storytellers cruel enough to let Barry kill one of these ad hoc assassins in self-defense? Do they dare to punctuate their deaths with a sick joke? On Barry, not only is such a twist possible, it’s even conceivable that they might get us to laugh at it.

And “all the sauces” does score some solid laughs, even if a few feel like the result of punch-up rather than natural consequences of the story. Gene Cousineau’s agent Tom (Fred Malamed) gracefully conveys an impossibly long string of accumulated insults from throughout Gene’s career, though it’s the sort of gag that feels like it belongs to another series. Natalie’s misunderstanding of Sally’s personal remembrance as some sort of series pitch also feels out of place, but it’s still good for a chuckle. The source of humor most on-point this week is Barry’s assignment to plant a bomb beneath Cristobal’s house and assassinate the entire Bolivian hit squad (minus Cristobal, who’s supposed to be at pilates). The bomb, bought on the dark web and represented only by a plain cardboard box and some excellent sound design, is a great prop, and the concept of the “Detonator App,” complete with a run-of-the-mill customer service line, is executed brilliantly.

The comedy dissolves very naturally as the smoke clears from the explosion, Barry finds Cristobal in shock but in one piece, and returns him to the loving embrace of Noho Hank. Barry doesn’t know how close he came to killing Cristobal, nor how nearly he saved him from being executed by Fernando and his men for his affair. What we (and Barry) see is Hank’s relief at the return of the man he loves, and how his concern makes everything else seem unimportant. It’s enough to make Barry drive straight to Gene’s apartment and deliver him the full payment he received from Hank for the bomb job, along with a promise that neither Gene nor his family will ever need to see or fear him again. Between the money and Gene’s restored career (of course the TV execs loved his explosion on the set of Laws of Humanity), Barry now offers the final, most necessary piece of his apology: his absence.

Across town, Sally attends the world premiere of her series, Joplin, which to everyone’s surprise is an overwhelming critical success. We watch Sally process the news of Joplin’s 98% Rotten Tomatoes score, unable to speak for nearly a minute from the surprise and ecstasy of having her journey validated at last. As Sally, actor Sarah Goldberg stuns in this scene, which contains a 20-second unbroken take of her face as she cycles through emotions, as if her entire life is flashing before her eyes. It’s a magnificent performance that builds to another important triumph for her character: Thanks to the brave intervention of her mentee, Katie (Elsie Fisher), Sally finally realizes that Barry’s behavior has sent her sliding back into her old habits of apologia and self-blame for how poorly her partner treats her. She confidently ends the relationship, leaving Barry alone and stupefied. For anyone but Barry Burkman, this would be rock bottom, but with four episodes left in the season and at least three people plotting his death, things are only going to get worse before (or even if) they get better. 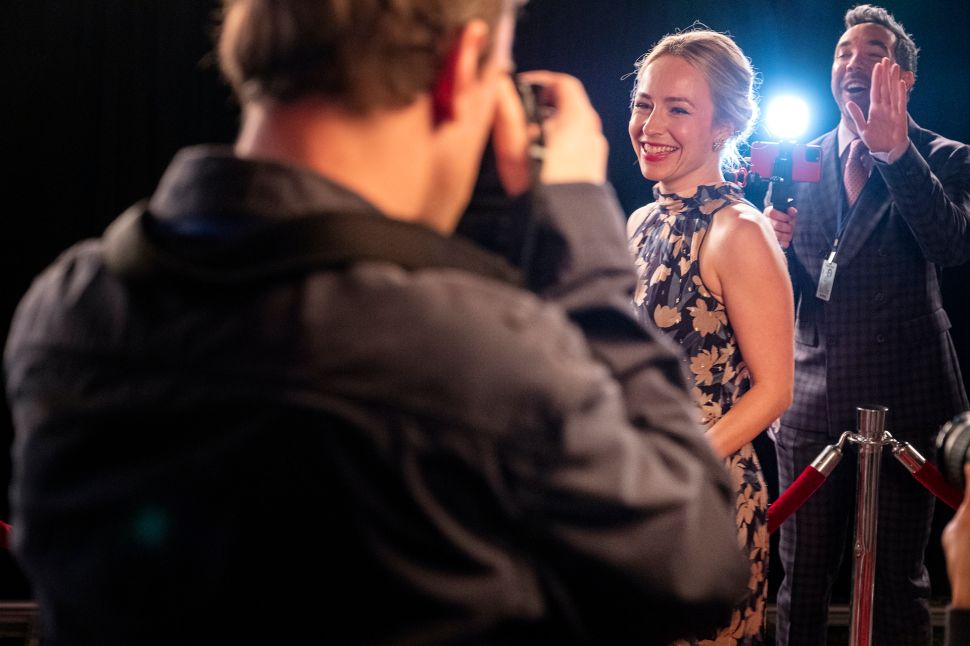