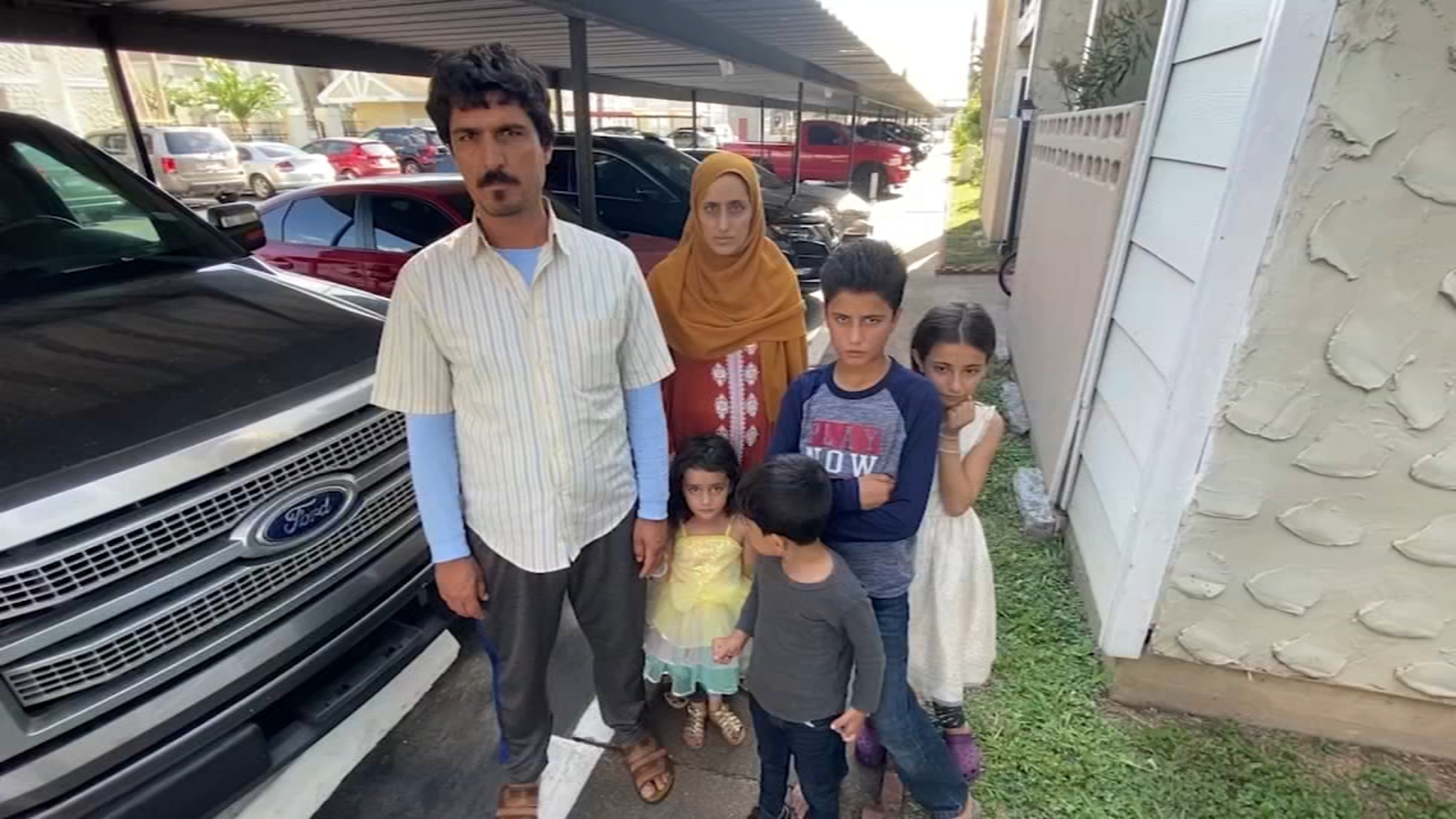 HOUSTON, Texas (KTRK) — Bank of America is apologizing to a refugee family after mistakenly depositing their money into the wrong account.

The Khairkhan family and their four children ages 4, 6, 8 and 10, fled Afghanistan after falling to the Taliban last summer. They resided in a New Jersey refugee camp for months before settling in Houston.

About a month later they received a check from the IRS, which Khairuddin attempted to cash at a local branch of Bank of America.

“He went in there to cash it. They would not cash it and told him he had to open an account. He opened the account, they told him he had to wait so many days, and then the money just disappeared,” said David Godwin, Khairuddin’s resettlement advocate with Catholic Charities who spoke to ABC13 on his behalf.

The father deposited the check on April 1, and he spent months working to find answers from Bank of America.

The check of $8,400 was for food, transportation, and bills.

Bank of America told ABC13 that the check was deposited into another customer’s account accidentally, in a different state, with a similar name and account details.

“We apologize to Mr. Khairkhan for any inconvenience. This has been a complex issue, and we have been in touch with Mr. Khairkhan throughout the process, which we have worked hard to resolve. Mr. Khairkhan and his wife are scheduled to meet with us tomorrow morning at which point we’ll ensure the funds are deposited into their account.”

According to the family, the money is very much needed as they are preparing to expect their fifth child this year.