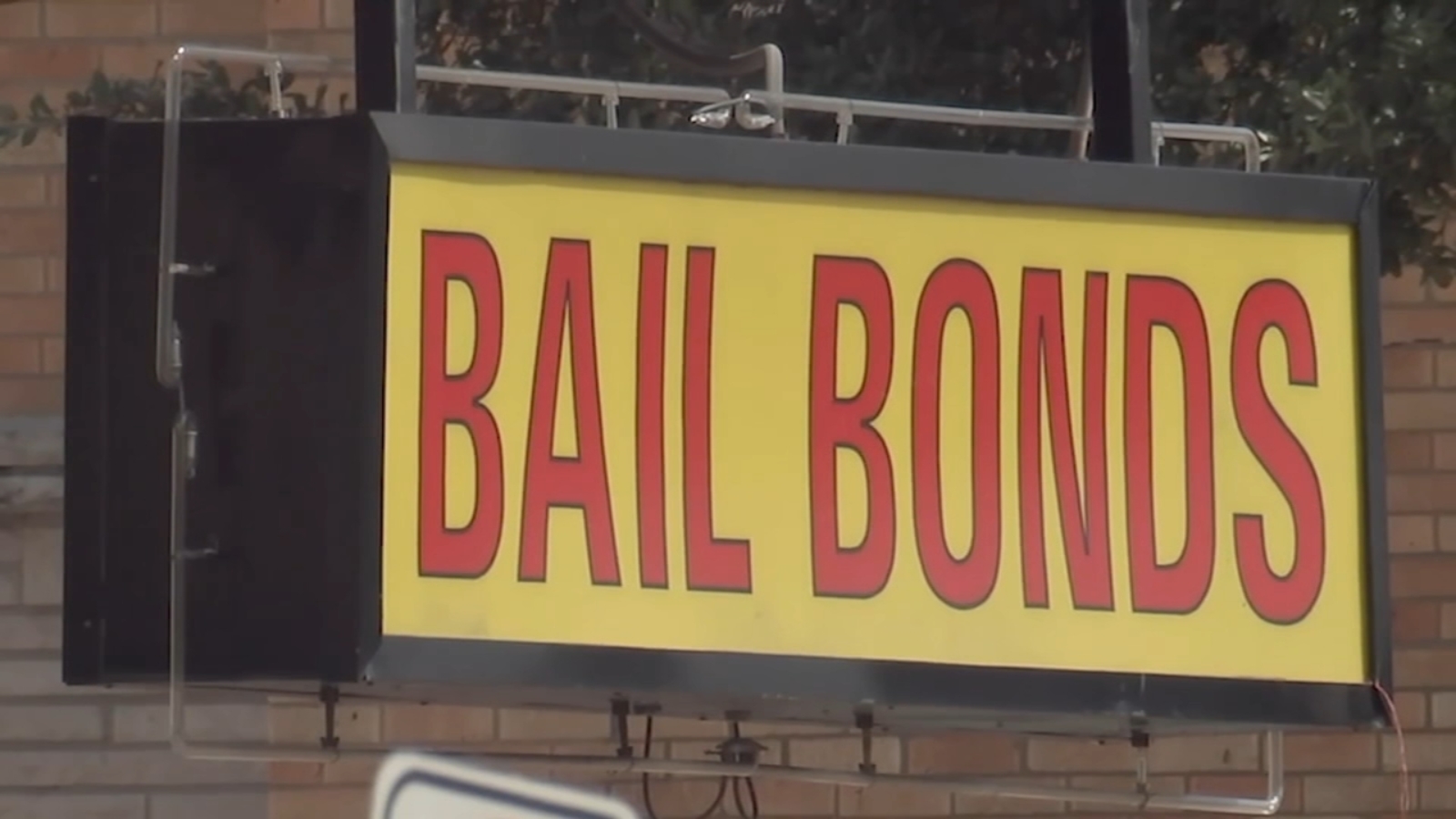 HARRIS COUNTY, Texas (KTRK) — Bond companies across Harris County are now required to collect a minimum of 10% of bonds from bailing out people accused of certain violent crimes.

The Harris County Bail Board passed the new requirement last week, which officially went into effect over the weekend, bringing many changes to the bail bond industry.

“Especially when it relates to violent offenders, people who are dangerous and have already shown a propensity to cause harm in our community. They should not get a discount on their bail in order to gain their freedom,” Garcia said.

Garcia said their county analysis office found that some bond companies accept payments as low as 1-2% of the bond amount and put defendants on payment plans.

To ensure bond companies comply, they now have to submit affidavits to the Sheriff’s Office when bonding someone out of jail charged with any serious crime listed under the measure.

This forces the bond company to reveal the bond amount, how much was collected from the defendant, and the payment type. According to the county attorney, the board can suspend the license of any bond company that does not follow comply.

Opponents in the bond industry, including attorney and bondsman Shelby Burns, argue that there’s no actual proof this would reduce crime.

“We’ve yet to hear the mechanics on how that will actually happen,” Burns said. “Last month, at the bail bond board meeting, the Sheriff said only a few bondsmen were charging less than 10%, so to think those individuals could be the cause of this massive crime wave we are under is just silly.”

The problem with figuring out that bond companies didn’t have to publicly disclose how they were collecting someone’s bond and how much they were charging before the measure took effect.

“If we can reduce it by 1 case, it’s worth the effort, and it was never proposed to be the end-all solution,” Garcia said. “We recognize, we still have work.”

A bail bondsman has already filed a lawsuit against the Harris County Bail Bond Board, alleging the local rule violates both state and federal law. On Friday, a judge denied the request for a temporary restraining order that would have blocked the rule from being implemented.

The Professional Bondsmen of Texas said in a statement:

“We strongly disagree with the decision of the Harris County Bail Bond Board to pass local rules 19 and 20 and believe these rules are outside the authority of the board. Litigation has been initiated, and we look forward to the court reviewing the bondsman’s arguments against the new rules. Because the matter is now in litigation, we encourage everyone to allow the court to consider the issues without outside distractions.”

The next court date is set for May 6.