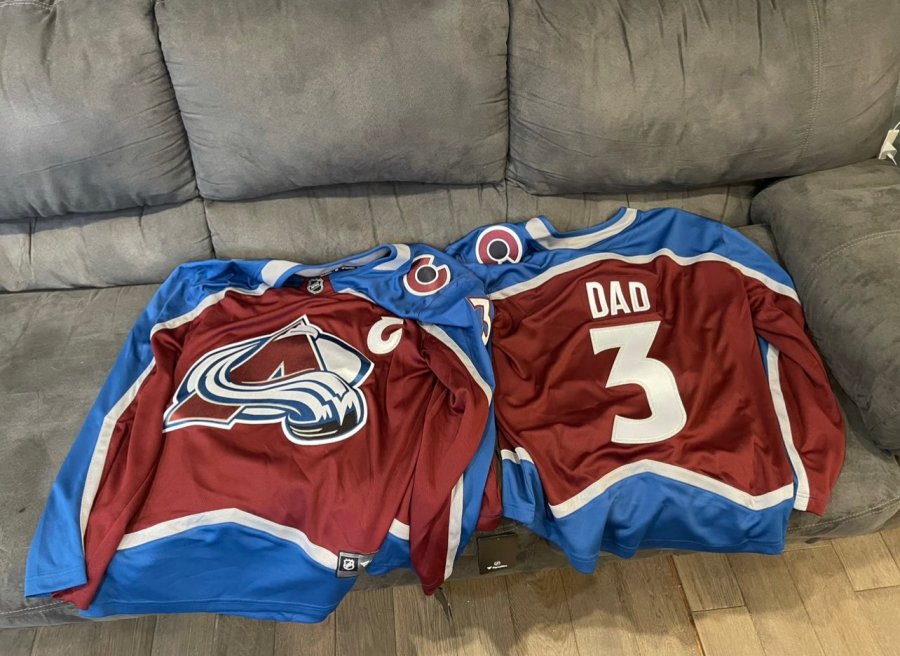 DENVER (KDVR) — As celebrations erupted for the Colorado Avalanche on Sunday night, one fan was left heartbroken after he had a jersey stolen from his car that was made to honor his dad who passed away suddenly in 2020.

While many fans were buzzing with excitement hoping for a chance to see the Avalanche win the first Stanley Cup in 21 years, Daniel was left in tears.

“It’s hard to imagine I’d get it back. I teared up about it. I couldn’t wear it to watch the game. I told myself my dad would have just wanted them to win, and that’s what they did,” Daniel shared.

Daniel said he had the jerseys made for him and his brother to honor their father who passed away in 2020.

Why room 87 was fate for Avs wining Stanley Cup

“My dad died suddenly and unexpectedly the day after Christmas 2020. He was a huge Avs fan. We have season tickets and he and I went to almost every game together since 2014. I made my brother and I these jerseys after he died. I wear them to every game,” Daniel shared.

1 arrest made during Stanley Cup celebration in Denver

The jersey was stolen from his vehicle in the Sloan Lake/Highlands area.

Here’s a look at the jersey:

Daniel said the car was empty, minus the jersey. He said he didn’t file a police report because the value of the items was $180, but he instead reached out to Twitter for help.

“If you see anyone at a watch party with a jersey that is #3 and says “DAD”, please message me.”

He said he left the jersey in his car after the game on Friday and has done that after every game so it’s ready for him for the next game.