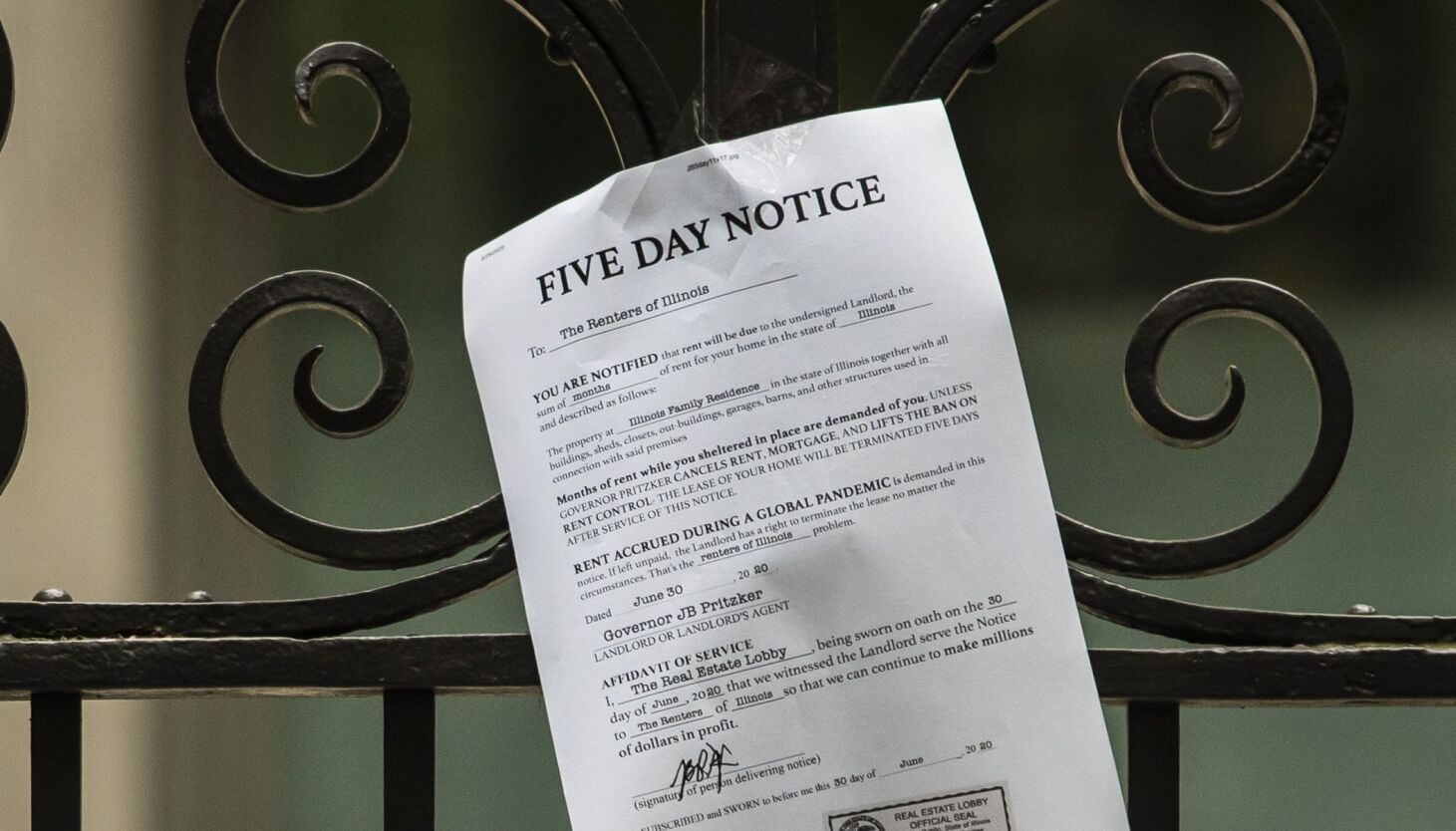 As eviction filings reach pre-pandemic levels, Cook County officials say fewer are resulting in an enforced order pushing tenants out of their homes, according to figures released Tuesday.

In March, there were 2,500 evictions filed in the Circuit Court of Cook County, which was the first time the court processed that many cases since January 2020, according to figures released from Cook County.

In January 2020, there were 2,597 eviction cases filed in the county. The coronavirus pandemic upended daily life starting in March 2020 and led to a moratorium in most eviction cases.

For months, housing organizers had been preparing for a potential wave of evictions by helping residents secure rental assistance and conducting negotiations with landlords. Still, residents reported dealing with illegal lockouts and rental scams throughout the pandemic.

Cook County officials say a program providing legal aid for renters along with rental assistance has so far contributed to fewer cases leading to an order to vacate an apartment.

“In the face of an impending crisis, Cook County and community partners stood up programs and pilots focused on getting legal aid, case management and financial assistance to our residents in greatest need,” said Cook County Board President Toni Preckwinkle in a statement.

From October to March, there were 1,181 eviction cases that led to a court order enforced by the Cook County sheriff’s office compared to 3,301 from October 2019 to March 2020, according to the Circuit Court of Cook County.

The Zip codes that had the most eviction orders included communities such as South Shore, Chatham and West Woodlawn, according to a WBEZ analysis of Cook County sheriff’s office data.

Michelle Gilbert, the legal director for the Lawyers’ Committee for Better Housing, said eviction cases are ticking up and expects the number of filings for this month to exceed those from April 2019. However, she said the dynamics of eviction court have changed during the coronavirus pandemic, and she’s encouraging every tenant to attend court virtually or in person.

“We can help get a better outcome than you would have gotten before the county system made these changes,” she said.

The group’s analysis of court data had found that about 30% cases from 2010 to 2019 resulted in an eviction court order during the first hearing, Gilbert said. But now, the first hearing is for case management and tenants are often referred to an early resolution program where attorneys help tenants reach a settlement with their landlord.

Settlements are usually reached through rental assistance that’s paid directly to landlords, but in some cases the relationships between the residents and owners are so tense that an agreement can’t be reached, Gilbert said.

The programs are expected to continue, though it’s unclear if it will be a permanent fixture.

“A lesson that we have to take away from the pandemic — it is better to prevent the harm than to try to treat it,” Gilbert said. “It’s much more expensive to try to re-house people than it is to pay rental assistance.”

Elvia Malagón’s reporting on social justice and income inequality is made possible by a grant from The Chicago Community Trust.