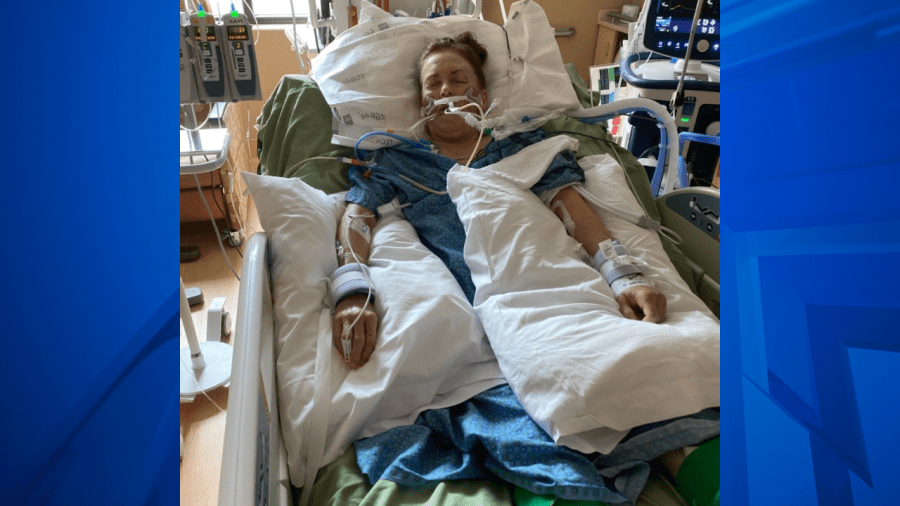 JEFFERSON COUNTY, Colo. (KDVR) — The husband of a cyclist who was hit on Highway 40 in El Rancho on Sunday is pleading with drivers.

“Moms, dads, grandparents and kids and are out enjoying Colorado outdoors and cars can cause life threatening injury even if causing them to fall,” David Ludwig said.

David’s wife, Lisa Ludwig, remains in the Intensive Care Unit at the hospital due to injuries she sustained during the crash. She is in a coma and has several broken bones.

Investigators are searching for Alan “Haley” Mill who is wanted for hitting Lisa Ludwig and another man who suffered a broken bone in the crash.

The Jefferson County Sheriff’s Office tweeted out that they are offering a $10,000 reward for information on Mill’s whereabouts.

David Ludwig said he wants to remind drivers of how dangerous vehicles can be for cyclist.

“I encourage drivers to remember that a vehicle becomes a potentially deadly weapon when it strikes a cyclist, and the results, as shown in this picture, can be devastating. Colorado law requires vehicles to allow at least 3 feet of space when passing a bicyclist. I implore you to be courteous and respectful of all road users, whether in a motor vehicle or on a bicycle. The way this vehicle was used to hit Lisa was just like a weapon or gun. Honestly as bad as pulling trigger of a gun.”

Anyone with information on Mill’s whereabouts is asked to call Jefferson County Sheriff’s Office tip line at 303-271-5612 or contact the Metro Denver Crime Stoppers at 720-913-7867. Tipsters can remain anonymous and still be eligible for the reward.