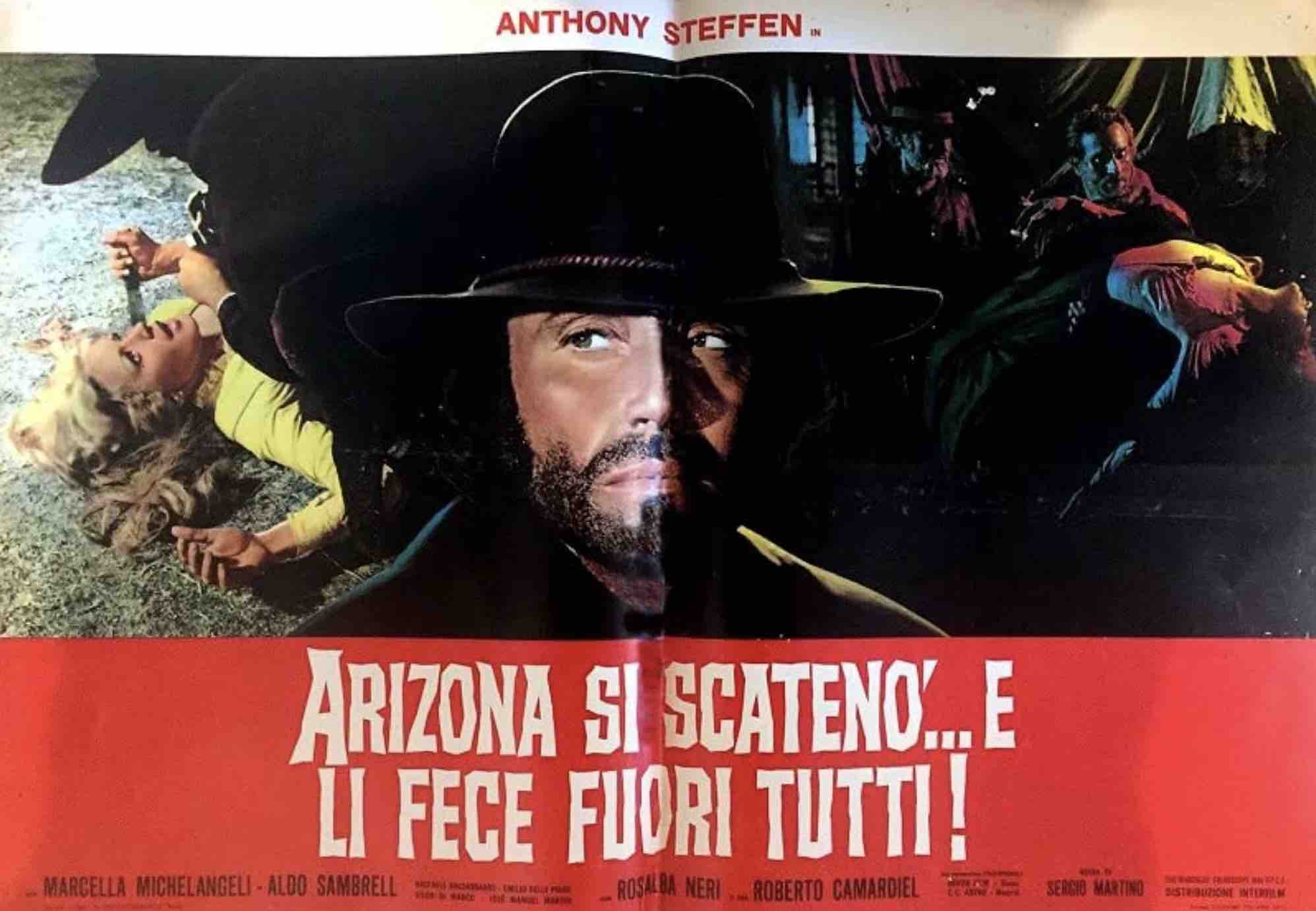 NEW! Visitor rating! Press a star to rate what you think of this movie!

Arizona Colt Hired Gun is a 1970 spaghetti Western about the famed who is sent by Moreno to rescue his daughter from the grips of his old enemy, Keane. But certain complications make the mission far more dangerous than expected… Also known as Arizona Colt Returns

The movie is a sequel to Arizona Colt aka Man from Nowhere (Michele Lupo, 1966) which starred Giuliano Gemma in the title role.

Directed by Sergio Martino (The Great Alligator; A Man Called Blade; Silent Action; Torso; All the Colours of the Dark; The Strange Vice of Mrs Wardh) from a screenplay written by Joaquín Luis Romero Marchent based on a story by Ernesto Gastaldi (more famous for writing Giallo thrillers). Produced by Luciano Martino.

The soundtrack score was composed by Bruno Nicolai.

” …possesses a noticeably uneven tone: the film flips between action-packed, gritty and violent sequences and meandering, semi-comic bits of inconsequential nonsense. Bruno Nicolai’s good but not outstanding soundtrack score necessarily attempts to reflect and match this uneven tone. Thankfully the appearance of a few unexpected plot twists helps the show to hold our interest.” DVD Talk

“So, is the focus on making a comedy or a serious Spaghetti? For a while, the answer isn’t apparent, and a light-hearted little theme song doesn’t help clear things up. Once the film turns more serious, it also gets better, though the dubbing for Steffen is pretty bad.” Once Upon a Time in a Western

“I enjoyed it a bit more this time; some of the camera work is nice and the script – based on a story by Ernesto Gastaldi – has enough twists and duplicitous characters to keep you busy […] And the protracted shootout near the end isn’t bad; it’s not terribly original, but it offers good old Steffen the opportunity to show his traditional rollovers while shooting his opponents by the dozens.” Spaghetti Western Database