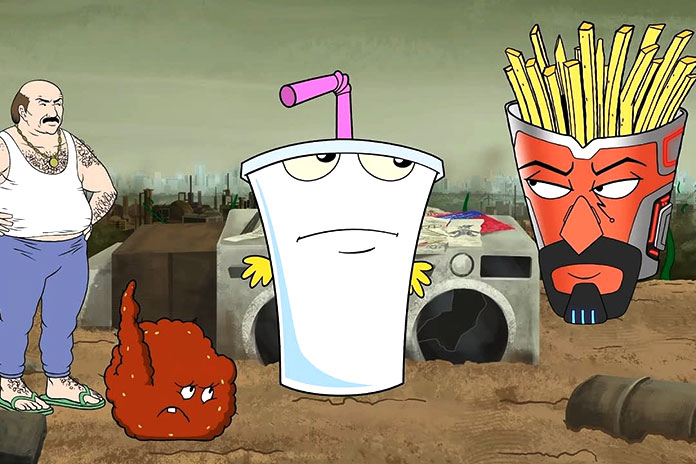 Adult Swim has ordered a twelfth season of the classic animated show “Aqua Teen Hunger Force” which will be handled by original creators Dave Willis and Matt Maiellaro.

The news arrives ahead of the SVOD debut of “Aqua Teen Forever: Plantasm” which premieres on HBO Max on February 8th. The new fifth season hasn’t set a launch date.

It’s not the only show scoring a new season run today. “Bob Hearts Abishola” has been renewed for a fifth season by CBS, taking the popular comedy into the 2023-24 broadcast season.

The fourth season is averaging 5.99 million viewers in its Monday timeslot and is TV’s No. 2 comedy among African American viewers. Billy Gardell and Folake Olowofoyeku star in the story fo a compression sock salesman who falls for his kind, hardworking Nigerian nurse in the wake of a mild heart attack.

Finally, Disney+ has officially renewed Sally Woodward Gentle’s British superhero coming-of-age comedy series “Extraordinary” for a second season. The first season just became available today for streaming exclusively on Hulu in the US and on Disney+ in the UK.

The series is set in a world where a decade ago everyone over the age of 18 got their superpower. However, Jen, a painfully self-aware 25-year-old woman, is still waiting to get hers. Máiréad Tyers Sofia Oxenham Bilal Hasna and Luke Rollason star.