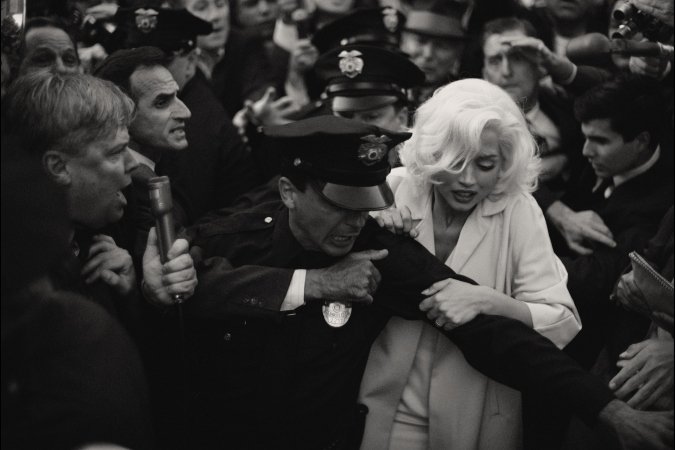 Andrew Dominik’s Blonde trailer is out, and it’s full of flashing cameras, Hollywood glamour, and a deep sense that Ana de Armas’ Marilyn Monroe is desperately crying out for help as her life goes up in flames.

The highly anticipated NC-17 drama premieres on Netflix on September 28, following de Armas as the actress and beauty icon as her life beings to spiral out of control as she struggles between her two identities: Marilyn Monroe and Norma Jean. Blonde is also set to compete at the Venice Film Festival, which runs from late August to early September.

Dominik (The Assassination of Jesse James by the Coward Robert Ford, Killing Them Softly) penned the screenplay for Blonde, which he adapted from Joyce Carol Oates’ novel of the same name. It begins with an exchanged between de Armas’ Norma Jean and Bobby Cannavale’s character, “The Ex-Athlete,” representing Monroe’s husband, Joe DiMaggio.

“How did you get your start?” he asks.

“What start?” she replies.

She answers: “I guess I was discovered.”

As a cover of “Diamond’s Are a Girl’s Best Friend” plays hauntingly in the background, the actress’s mental health begins to spiral. We get a glimpse of her screaming and banging on the steering wheel of a car just before crashing into a tree; standing motionless in a room on fire; and mouthing the words “help me.”

Watch the trailer for Blonde above.