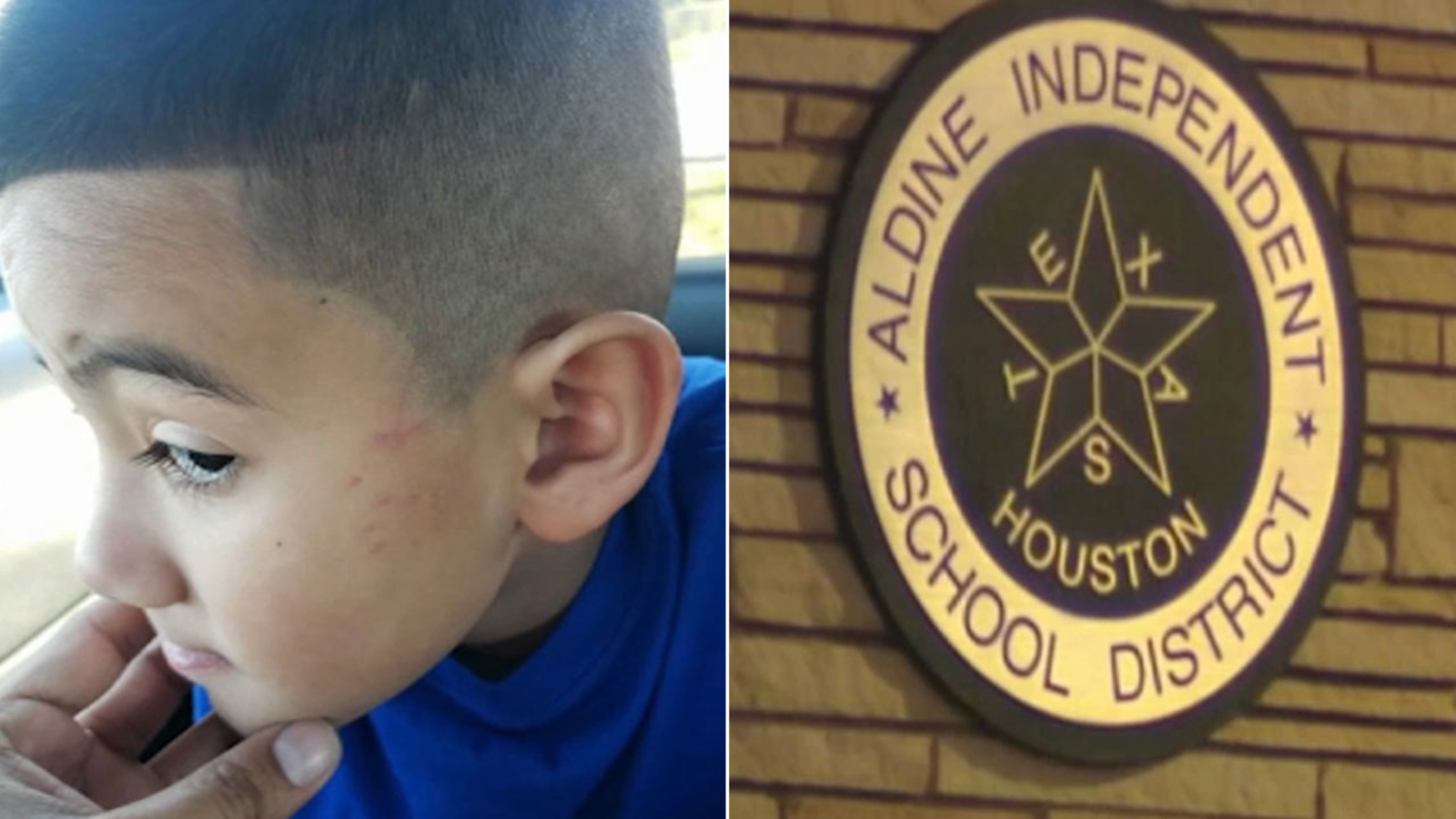 ALDINE, Texas (KTRK) — A first-grade student who has autism was allegedly physically injured by an Aldine ISD teacher and teacher’s aide.

The 6-year-old’s parents, Pablo Reyna and Angelica Frias, said they noticed their son would return from school with random scratches, bruises, and bumps on his head.

“Whether he was OK or not,” Reyna said, “I thought he could have been playing or something. You never know, he bumped his head or something. I mean, he’s a kid, but like I said, it was never in our mind that the teacher was abusive towards him like that.”

Frias said what appeared to be minor injuries happened multiple times over the course of months, and both parents questioned their student’s teacher about it.

“It’s heartbreaking because he isn’t able to talk,” Frias said. “He has autism and he doesn’t talk, and he’s not able to let me know what was going on.”

She said finally their request made it to the Raymond Elementary School’s administration staff, and an investigation was initiated.

“It shows her sitting at the desk,” Reyna said, recalling a video allegedly involving the paraprofessional. “Pablo (Jr.) near her with some headphones, and then he reaches for something on the desk and she hits him on the face with an object. I didn’t see the object. I just seen the hand, right? But the principal said he seen the object in her hand.”

A spokesperson with Aldine ISD told ABC13 on Thursday the videos in question could not be released due to a police investigation. The district disclosed in a statement:

“Aldine ISD is aware of an incident at Raymond Elementary School in which a teacher and a paraprofessional made inappropriate physical contact with a special needs student. Once the school was made aware of this incident, CPS and Aldine ISD PD were immediately contacted and an investigation was initiated. Charges are pending per a review by the Harris County District Attorney’s Office against both individuals. The teacher has been removed from the classroom and the paraprofessional resigned from the district.

This incident is deeply concerning and should not have occurred. The district trains teachers and paraprofessionals in nonviolent crisis intervention techniques at the beginning of each school year and will reinforce that training during the remainder of this year. Aldine ISD expects all employees to conduct themselves in a manner that demonstrates the proper regard for others and does not tolerate behavior that infringes on the safety and emotional well-being of any students or staff member. In addition, the district will use its resources to protect its students and staff.

Aldine ISD leaders will continue to work together to find solutions which provide a safe, healthy and nurturing learning environment in our schools in order to support academic achievement, respectful interactions and engagement.”

Reyna’s parents said they are in need of legal representation as they continue to fight to be the voice for their son. The parents told ABC13 on Thursday they just want the two educators to be held accountable.

“If it would have been taken cared of earlier,” Reyna said. “He wouldn’t be going through all this stuff, right? Continuing abuse, you could say.”