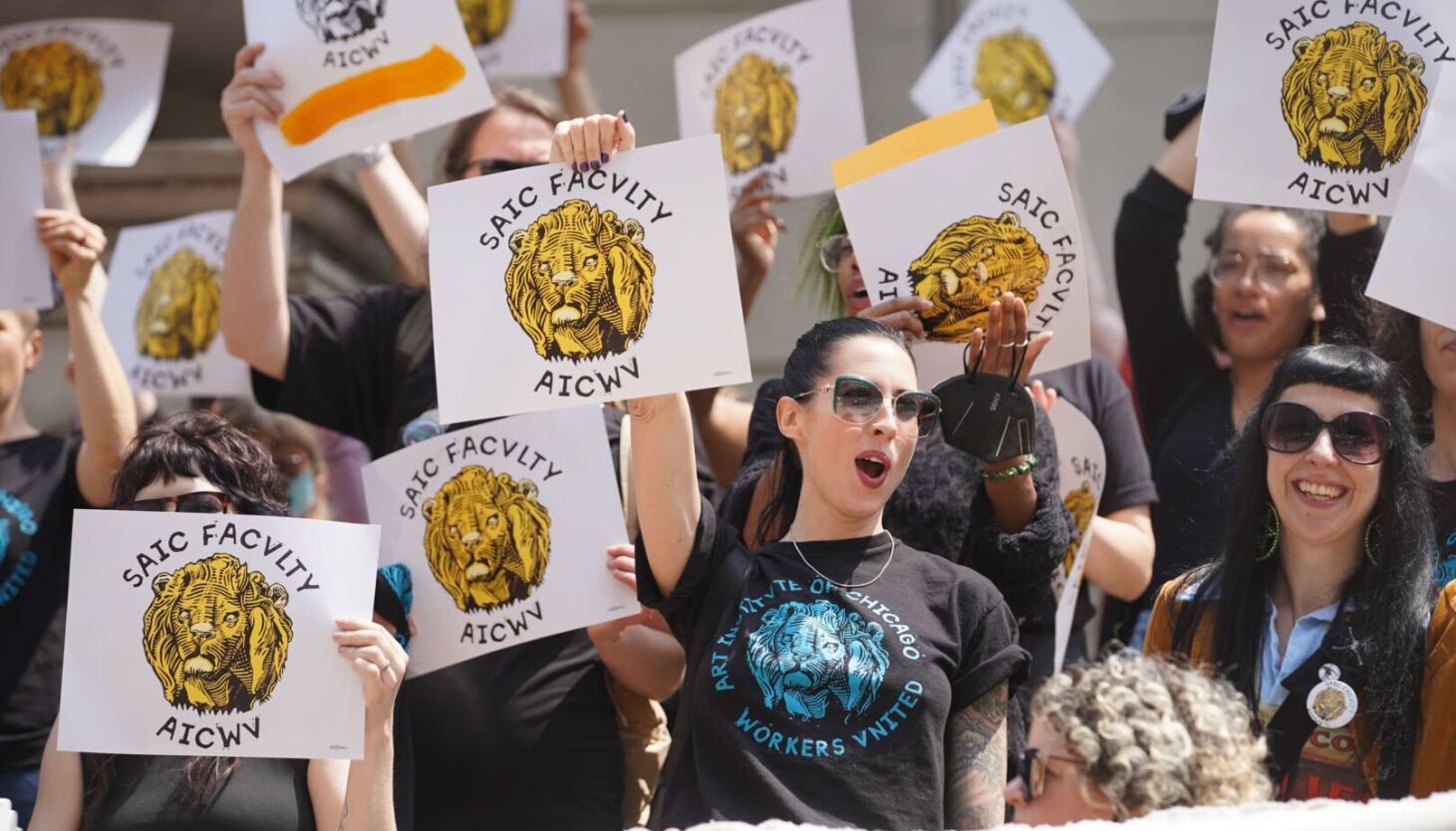 Lecturers and adjuncts at the School of the Art Institute of Chicago said Tuesday they are organizing a union, adding to the labor activism among employees at the allied institutions.

The nontenure-track faculty issued a letter announcing their plans to affiliate with Council 31 of the American Federation of State, County and Municipal Employees. More than 190 faculty out of the proposed bargaining unit of about 600 signed the letter.

“Our working conditions are intolerable. We write in protest of a two-tier system of compensation and benefits that is creating a permanent underclass of contingent faculty,” the letter said.

Anders Lindall, spokesman for Council 31, said the school describes the adjuncts and lecturers as part-time employees but many carry full course loads and put in full-time hours. “They are contingent and precarious,” Lindall said.

The announcement and a noon rally Tuesday in front of the museum were designed to draw further support for joining a union. With signed backing of about a third of the prospective bargaining unit, the AFSCME advocates meet a legal standard for seeking a union authorization vote run by the federal government.

Organizers, however, typically want signed union cards from around two-thirds of possible members before seeking an election. Lindall said the workers are trying to build the strongest majority possible and want the school to recognize the union, avoiding the election.

“If a union is voted in, the School will work with the bargaining team on matters relating to pay, benefits, appointment terms and other working conditions,” said Bree Witt, the school’s director of communications.

In separate elections whose ballots were counted in January, Art Institute and school employees overwhelmingly voted to affiliate with AFSCME. The vote covered about 500 employees at the two organizations. Lindall said bargaining for a first contract has begun.

“The main catalyst here [for the nontenured faculty] was watching the staff organize and set up an incredible network of support,” said J. Dakota Brown, a lecturer in art history since 2015. He said pay rates are so low that he also teaches at the University of Illinois Chicago to make ends meet.

Kristi McGuire, an adjunct in visual and critical studies since 2007, said lower-paid faculty have taken on more work during the pandemic without seeing fair compensation or benefits. McGuire said the faculty hope to collaborate with the unionized staff to achieve “the same powerful ends.” Union members are calling themselves Art Institute of Chicago Workers United.

Organizers said the school is paying half to three-quarters of the recommended pay rates for a three-credit-hour semester course. The recommended rate published by the Modern Language Association is $11,500.

Lindall said lecturers at the school are not eligible for health insurance.

The letter from the adjuncts and lecturers said, “Our intent is to build a wall-to-wall union representing the workers that have long done the heavy lifting — often invisible, unregulated, and under-compensated — to secure this institution’s world-class reputation.”