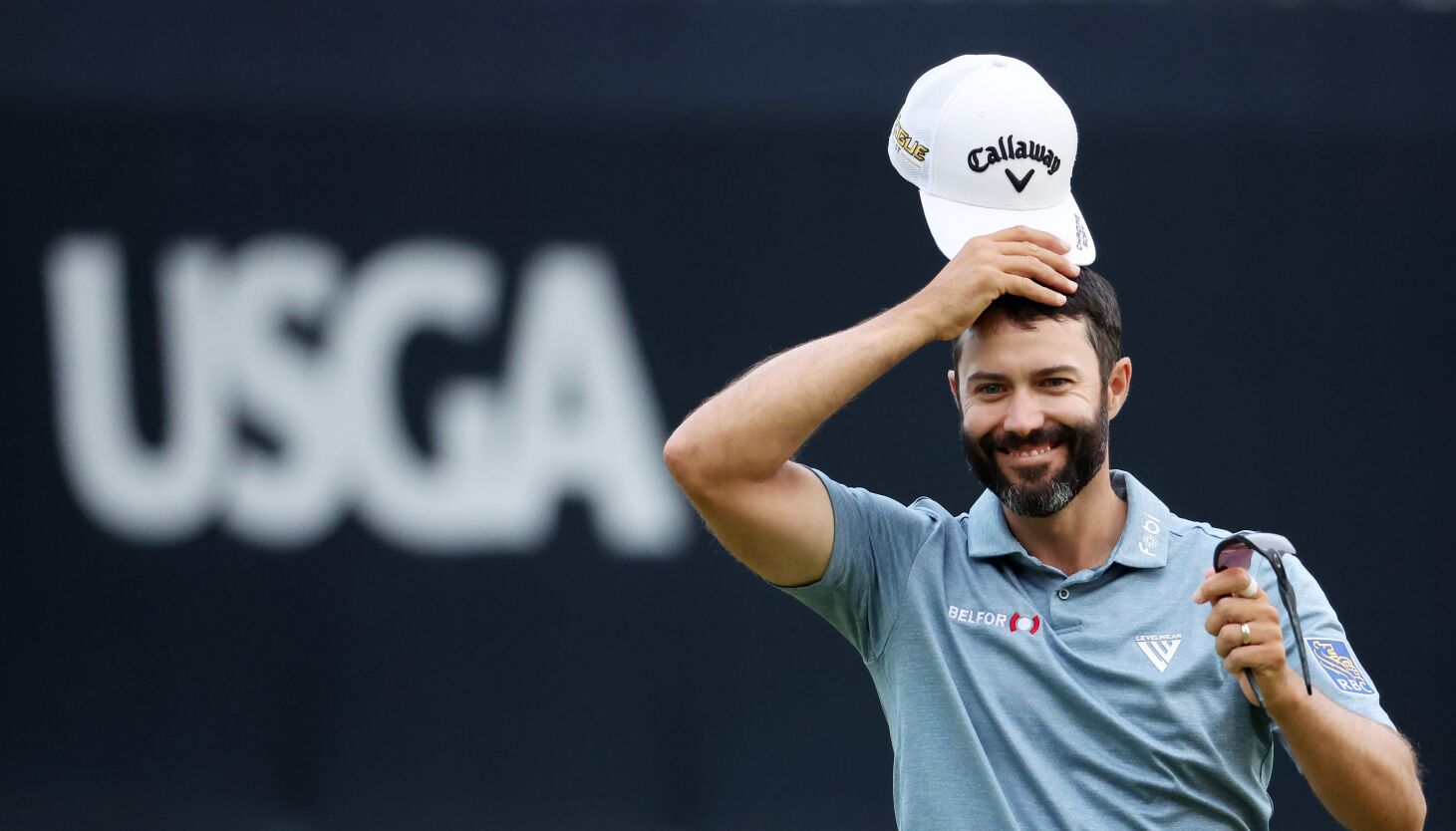 BROOKLINE, Mass. — Adam Hadwin can be excused for the opening round of the U.S. Open — the so-called toughest test in golf — giving him a chance to exhale.

Hadwin was home in Canada last week for his own national open, an even bigger deal because the pandemic had canceled the Canadian Open the previous two years and the golf-mad fans brought enormous energy.

Plus, he has been immune from the endless chatter and speculation of the Saudi-backed rival league that consumed attention all week at The Country Club.

Small wonder he walked off Thursday with a 4-under 66 for this best score in 63 rounds at major championships and a one-shot lead over Rory McIlroy and four others.

“Nice to get down here and a couple of days’ rest and get going for this week,” Hadwin said. “Not that the golf course gets any easier. But yeah, in certain instances it definitely felt a little more relaxed than last week.”

Any lingering thoughts of the rival league came from McIlroy — not from anything he said but with the golf he played.

This time, his bold statement came a clean card and a few tough pars required at the U.S. Open. McIlroy didn’t make a bogey until his final hole when he missed the green and flung his club, a brief fit of anger that revealed as much desire as frustration.

He had a 67 that left him in the large chasing pack with four players, all of whom had to go through 36-hole qualifying — Callum Tarren of England, David Lingmerth of Sweden, MJ Daffue of South Africa and Joel Dahmen.

At the opposite end was Phil Mickelson, who celebrated his 52nd birthday — on the golf course, anyway — with a four-putt double bogey on his way to a 78.

Hadwin ran off three straight birdies to finish the front nine in 31, and he only dropped one shot on the back nine for his 66. His previous low score in a major was 68 on three occasions, most recently the first round of the 2020 PGA Championship at Harding Park.

McIlroy has become a leading voice on the PGA Tour over the last few years, particularly with his rebuke of the Saudi-funded series that is disrupting golf. Thursday was a reminder he’s pretty good at his day job, too.

McIlroy made two straight birdies late in his round to become the first player to reach 4 under, only to miss the ninth green and make his only bogey.

At the moment, McIlroy isn’t concerned with his strong stance against LIV Golf.

“It’s been eight years since I won a major,” he said. “And I just want to get my hands on one again.”

Even with a good start, and coming off a victory last week in the Canadian Open, it doesn’t figure to be easy for McIlroy or anyone else. The Country Club might be as accommodating as it gets all week, with moderate wind and cloud cover keeping the sun from making greens crispy and firm.

And the best anyone could do was a 66.

The group at 68 included two-time major winner Dustin Johnson, Justin Rose and Matt Fitzpatrick, who won the U.S. Amateur at Brookline in 2013.

For McIlroy, it was his second straight major — and third time in his last four U.S. Opens — he opened with a score under par. There is confidence in his game for winning last week in Toronto, and there is passion rare for a Thursday unless the game is going badly.

He tried to drive the reachable par-4 fifth hole and caught an awkward lie in the thick collar above a bunker, forcing him to stand in the sand. He hit that into another bunker, and then twice slammed the club into the sand out of frustration. But he managed to save par.

“You’re going to encounter things at a U.S. Open, whether they be lies or stuff like that, that you just don’t really encounter any other week,” he said. “It’s hard not to get frustrated because I’m walking up there going, ‘Just come back into the bunker.’ The thickest rough on the course is around the edges of the bunker. So I was sort of cursing the USGA whenever I was going up to the ball.”

And then from the ninth fairway, his approach sailed to the right and he flung his club. He couldn’t save par on that one and had to accept a 67 — not a bad start, and no apologies for his few outbursts of emotion.

“Almost to remind yourself sometimes how much it means to you,” he said.

There’s a lot on the table outside of golf, too, with 13 players at the U.S. Open who took part in the Saudi-backed LIV Golf last week, leading the PGA Tour to suspend those members.

McIlroy, the first to shut down talk of rival leagues in 2020, spoke passionately this week about building on the legacy handed down by Arnold Palmer and Jack Nicklaus. For those taking the guaranteed money for 54-hole events, he said it felt like “the easy way out.”

But now it’s time for golf, and there a vibe of relief that focus could turn to a U.S. Open that first came to Brookline more than a century ago. Thursday was more about birdies and bogeys — mostly the latter in a U.S. Open — and a place in history.

No other major is more open — roughly half the 156-man field has to qualify — and it showed. Seven of the top 13 came through qualifiers, including Hadwin. He was first alternate out of the Dallas section and got in when Paul Casey withdrew because of an ailing back.