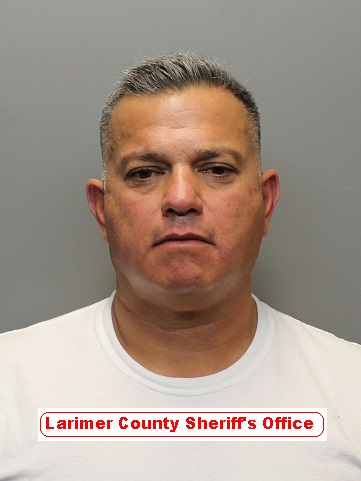 LOVELAND, Colo. (KDVR) — The Loveland man accused of killing his ex-girlfriend and her daughter last week before turning the gun on himself was not even supposed to own a gun.

Javier Acevedo Jr., 49, is accused of killing Lindsay Daum, 41, and her 16-year-old daughter, Meadow Sinner, before turning a gun on himself as police closed in on Thursday, July 28.

Acevedo was supposed to relinquish any guns he owned or possessed based on a Denver County Court order issued on Nov. 10, 2021. That’s the same day his ex-wife was granted domestic violence protection.

The Problem Solvers obtained a court document with Acevedo’s signature where he checks a box next to the following sentence: “By checking this box. I am acknowledging I did not possess a firearm at the time the order to relinquish firearms was issued.”

How much will sending out TABOR checks early cost taxpayers?

Yet, Loveland Police have said Acevedo legally bought a 12-gauge Tokarev Monastor 102 semi-automatic shotgun on March 16, 2021, eight months before he claimed not to own a gun.

Loveland Police confirmed to FOX31 that the gun was the same weapon used to kill Daum and Sinner.

Daum tried twice to get a permanent protection order issued against her ex-boyfriend, including one attempt that was made just a month before her murder. Both times, a Larimer County judge denied her request, claiming there was insufficient evidence to grant the orders.

But again, a Denver County Judge did grant a permanent restraining order on behalf of Acevedo’s ex-wife last November, and that’s when Acevedo was supposed to give up any guns he owned.

George Brauchler, the former district attorney for the 18th Judicial District and a FOX31 legal analyst, said Colorado largely relies on the honor system when someone fills out a firearm relinquishment form.

“Absent some additional information that the person who is the subject of the protection order has firearms in their immediate possession or has access to them, it is just not a ticket for law enforcement to get into someone’s house or their car,” Brauchler said.

Unless Acevedo’s ex-wife told law enforcement that Acevedo lied on his form, Brauchler said law enforcement would lack probable cause to obtain a search warrant to look for a gun that may or may not exist.

“They can get a search warrant if they have probable cause to believe there’s evidence of some crime in someone’s house or in their car, yes, that’s true. But simply having a protection order issued is not enough to get into someone’s house to search for firearms,” Brauchler said.

However, if Acevedo had been the target of an Extreme Risk Protection Order (often known as a red flag case), and the order was granted by a judge, a search warrant is automatically approved. In such a case, law enforcement could have searched Acevedo’s home and car to ensure he did not possess a firearm.

Court records reviewed by the Problem Solvers suggest no one sought to subject Acevedo to a red flag order, which carries more teeth than the firearm relinquishment form signed at the time of a permanent protection order.

Loveland Police confirmed to FOX31 that they did not request a red flag order against Acevedo.

FOX31 reached out to the ex-wife of Acevedo to ask if she was aware he might be in possession of a firearm when he denied it to a judge on Nov. 10, 2021, but she declined to comment.

Under Colorado law, anyone with a domestic violence protection order against them is prohibited from owning guns. In Denver, the district attorney’s office says it employs someone to focus on those cases.

The DA’s office wrote this in its 2020 annual report:

Our office is the only jurisdiction in the state – and one of only a few in the country – with a dedicated domestic violence firearms relinquishment investigator. Colorado law prohibits people with a domestic violence protection order against them from owning firearms. Removing guns as soon as a victim seeks help is critical because a victim of domestic violence is exponentially more likely to be killed if their abuser has access to a gun. 60 guns were relinquished through the program in 2020.

FOX31 has reached out to the office to ask whether their dedicated investigator flagged Acevedo.