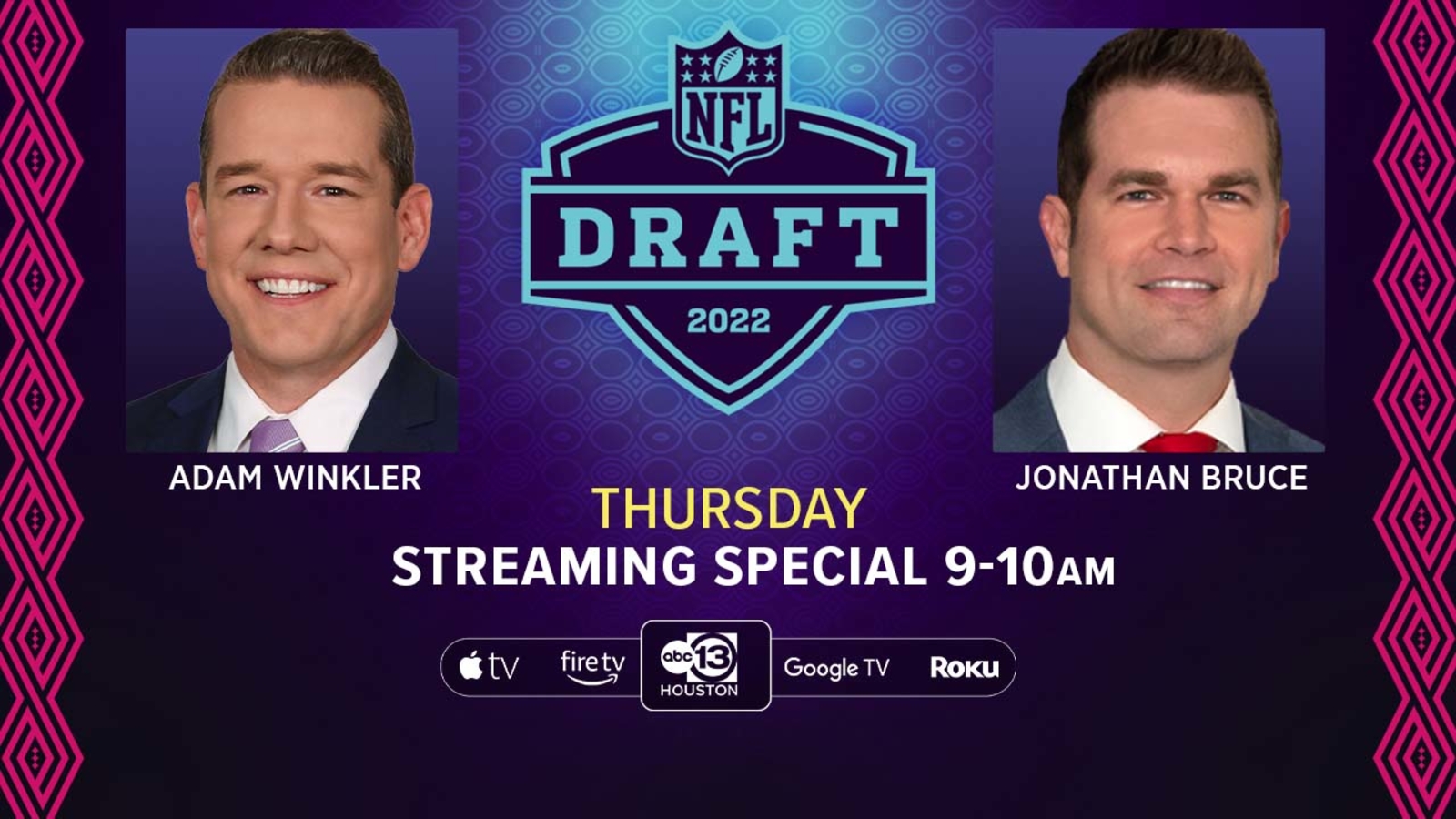 HOUSTON, Texas (KTRK) — ABC13 Houston is getting you ready for the NFL Draft spectacle with a one-hour special, “Inside the NFL Draft,” airing Thursday at 9 a.m. and available to watch wherever you stream ABC13.

This weekend marks the biggest draft for the Houston Texans in years, with two first-round picks and 11 selections overall. What will they do?

Houston Texans NFL Draft: If picks don’t work out, ‘you guys can blame me,’ Caserio jokes

As usual, Houston-area products and Texas college players are major focuses for the 32 NFL teams looking to change their fortunes or keep building their championship rosters. Who should you follow?

This year, the NFL Draft hits the strip in Las Vegas for the first time with a three-day spectacle never before seen for the NFL’s marquee offseason event. How did it all come together?