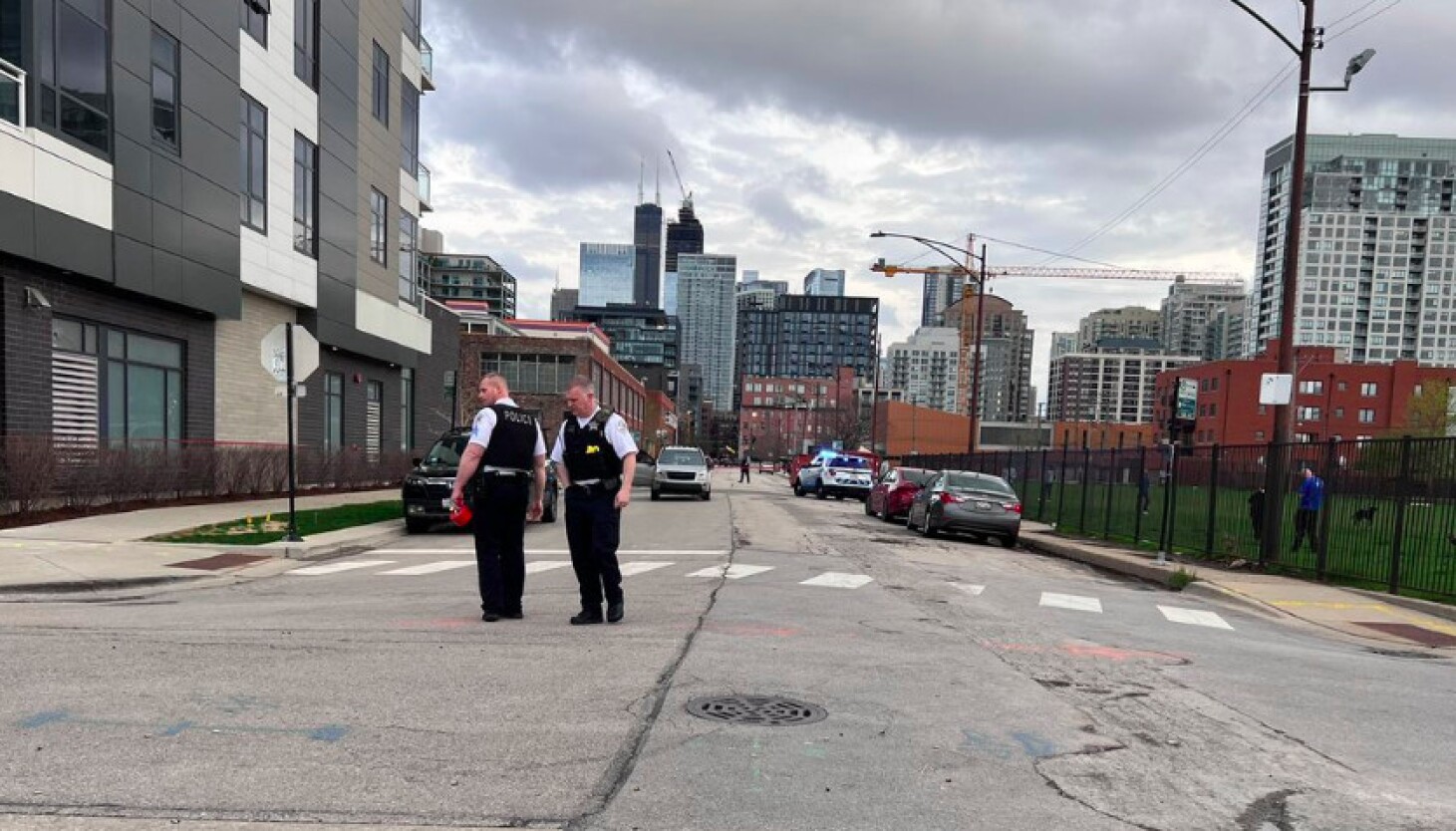 Cook County prosecutors rejected felony charges against a man who allegedly admitted he was involved in a Near North Side shootout in which dozens of shots were fired Sunday evening.

Officers initially responded to a call of shots fired at 6:10 p.m. in the 300 block of West Chestnut Street, where a witness reported seeing the occupants of two vehicles firing at each other, according to a police report. The witness also had surveillance footage allegedly showing Newman and another person running from the scene.

A law enforcement source said police recovered 68 shell casings near the intersection of Sedgwick and Locust streets, some of which were rounds from an assault rifle that caused damage as far as two blocks away.

A woman who lives nearby said she was hanging out with a friend on her balcony when she heard the “rapid gunfire,” which she initially thought could’ve been firecrackers. Her friend then suggested that an AK-47 was being fired, she said.

“It’s unnerving,” said the woman, who asked to remain anonymous. “Because if it was an AK-47, those have a range of a mile.”

The police report shows the glass windows of a parking garage were shot out. Three drivers reported their vehicles also sustained damage, two of whom were inside their cars when the gunfire erupted. One of their windshields was pierced by a bullet, according to the report.

Cops then reviewed surveillance footage provided by a property manager that showed someone shooting at a Toyota Camry from a Chevrolet Equinox, according to police records. The Camry took off, and the Equinox was found unoccupied with multiple bullet holes through the windshield.

Employees at a coffee shop in the 300 block of West Chestnut then alerted police that Newman and another person had run into a women’s restroom shortly after the shooting, an arrest report shows. They were both detained, and an empty Glock handgun was found in a trashcan Newman was standing beside.

He was identified by a witness and then taken to the Near North police district, where he told an arresting officer that “he was shooting at the other vehicle to protect himself and his wife,” according to the arrest report. He claimed he ran into the bathroom “to check if he had been shot” and stash the gun.

“He also stated that he keeps a gun on him for protection and that if he did not shoot back he’d have been dead,” according to the report.

“After a thorough review of the information presented to us by police, we concluded that the evidence — including video, and eyewitness accounts — was insufficient to meet our burden of proof to file felony criminal charges related to this incident,” said Tandra Simonton, a spokeswoman for the state’s attorney’s office. “As prosecutors, we have both an ethical and legal obligation to make charging decisions based on the evidence, facts, and the law.”

Last October, Foxx feuded with Mayor Lori Lightfoot over her decision to reject charges in a deadly gunfight in Austin. In February, the two ultimately came together to announce that 20-year-old Thomas Dean had been charged with a felony gun charge in connection to the shootout.

Prior to Sunday’s shooting, Newman was charged with felony possession of a stolen motor vehicle in June 2020, but the case was later dropped. On Tuesday, he was ordered held on $10,000 bail during his initial court hearing in the new case, court records show.

He was released on bond the following day.