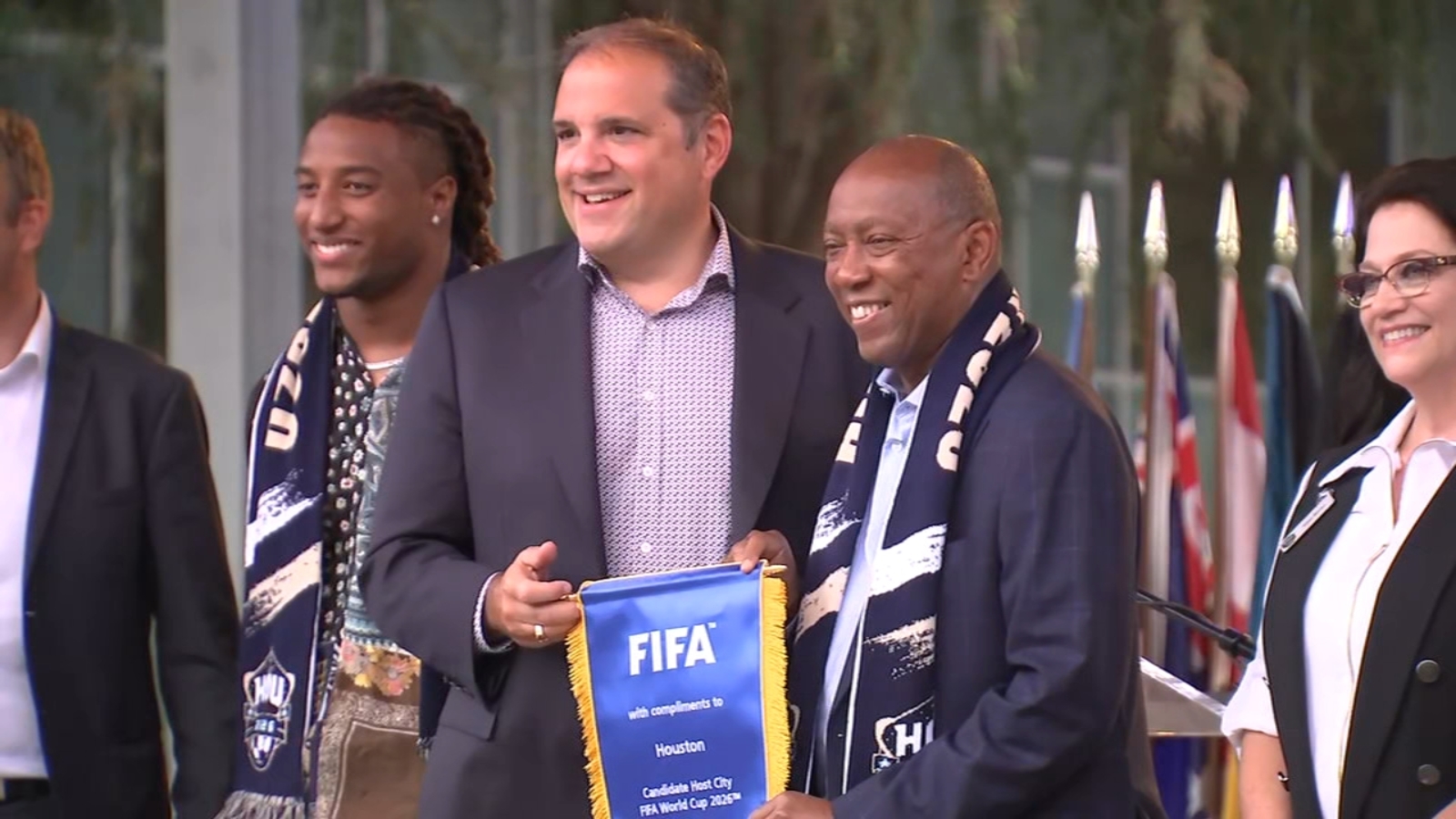 HOUSTON, Texas (KTRK) — Houston has hosted multiple Super Bowls and NCAA Men’s Final Fours, with one on the way next year.

Can it be called upon to be one of the host cities of the legendary international football tournament, the FIFA Men’s World Cup?

In all, 60 matches with a 48-country field are planned for the “United 2026” World Cup, which will be hosted by three countries for the first time in tourney history.

FIFA are cutting down from a pool of 23 U.S, Mexican, and Canadian cities. Other than Houston, those cities include:

Win or lose, the Houston bid committee is expected to address the selections at 6 p.m.

Legacy is on the line. This will be a month-long tournament that billions of people will watch all around the world. If Houston is selected, the city would likely host the equivalent of up to six Super Bowls.

The city of Houston has been preparing for this since 2018 when FIFA awarded the World Cup to North America.

The city is hoping the facilities in and around NRG Stadium, along with the vibrancy of our community, will convince FIFA to accept the bid.

“People have been asking me if I’m losing sleep. The truth is I’m sleeping real well at night right now, because I know we’ve done everything within our power. We answered every call. We responded to every test. We aren’t missing any elements right now or falling short or weak in any area. It was really a great collective effort from our community to really unite,” said Chris Canetti, president of the Houston World Cup Bid Committee.

Canetti said another advantage is the retractable roof at NRG Stadium, which means the matches are guaranteed to go on schedule regardless of summer heat or storms.

“In line with the previous stages of the FIFA World Cup 2026 selection process, any announcement will be made in the best interests of football, taking into consideration the needs of all stakeholders involved, as we aim to lay the foundations for the tournament to be delivered successfully across all three countries,” said Victor Montagliani, FIFA vice president and CONCACAF president.

Canetti said being a part of something like this would be huge for Houston.

“We don’t want to just have soccer games come through here and that be the end of the story. We want to make sure this event, and other sporting events that come to Houston, help make Houston a better place for its residents. So, we believe the World Cup, the most popular and prestigious sporting event in the world, will enable us to leverage lots of opportunities in and around the market,” Canetti said.

Thursday’s announcement won’t reveal locations for specific matches, but cities in the U.S. will reportedly host from the quarterfinals on.