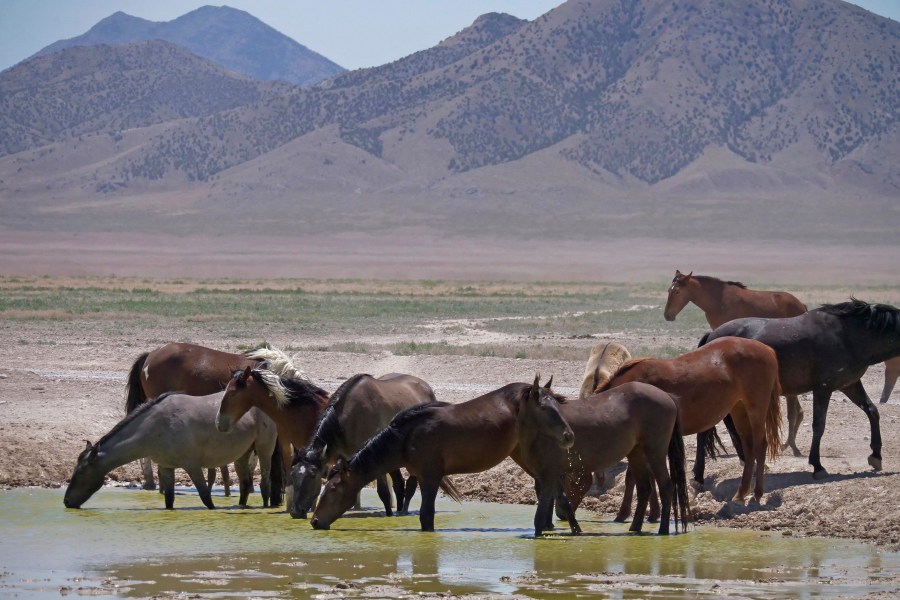 CAÑON CITY, Colo. (KDVR) — More than 60 wild horses have died since Saturday at a federal holding facility in Cañon City.

According to the Bureau of Land Management, the deaths are the result of a highly contagious disease outbreak.

“We started noticing horses that were symptomatic on Saturday, April 23rd, and horses began dying fairly soon after that,” Steven Hall with the Bureau of Land Management Colorado said.

By Monday, 57 horses had died, with another 10 dying the following day. Symptoms included respiratory issues and problems with the nervous system.

“This is a large number of fatalities to have in a relatively short amount of time at a facility like this,” Hall said.

At this point, it is unclear what disease has been killing these horses.

He explained that a state, federal and independent veterinarian is working with the facility to determine what kind of outbreak they are dealing with.

“These are horses that were removed from a wild setting. So their exposure to some of the diseases and issues that domestic horses are better prepared for might be different and that might be part of what the problem is,” Hall said.

The horses that became sick and died are all part of the same group that was removed back in August of 2021 from an area known as West Douglas, west of Meeker. There are about 450 West Douglas horses at the Cañon City facility.

“They came from a very challenging landscape. It’s actually an area the BLM has determined it’s not suitable for wild horses and a lot of those horses gathered, which means a lot of these horses when they came into our care often times had issues,” Hall said.

It is unclear how long it could take to determine what the outbreak is and how to stop it.

The BLM is in charge of the wild horse facility. It has a capacity for up to 2,950 horses that have been gathered from public lands. Horses typically stay for several months to a year before being adopted or transferred to a sanctuary.