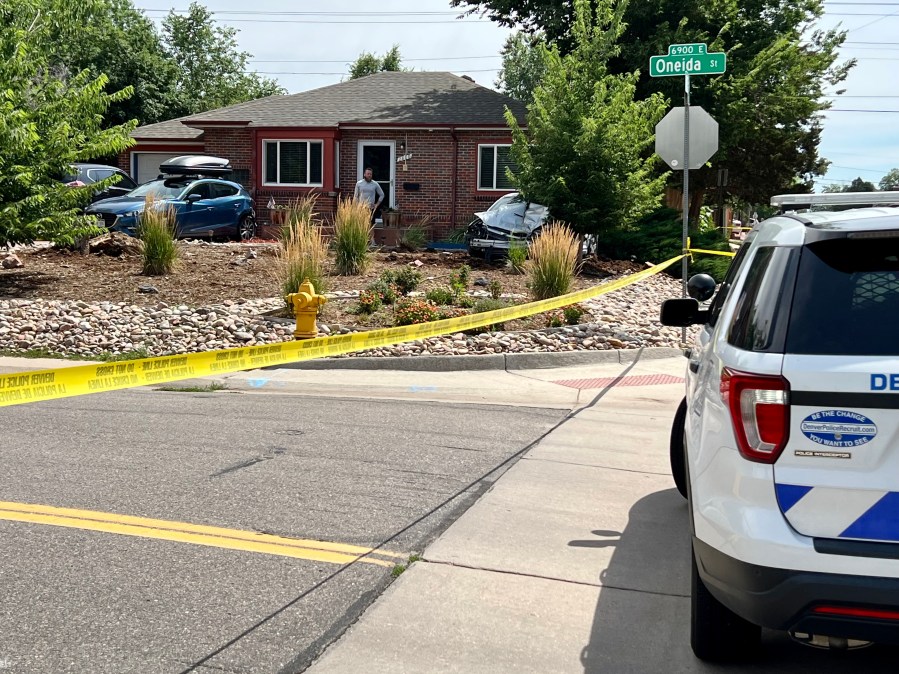 According to a tweet from the Denver Police Department, officers were called to 23rd and Oneida Street at 10:40 a.m. on Sunday. The intersection sits near the Oneida Park Center shopping area and near multiple homes.

Photos from the scene show one of the vehicles involved in the crash ended up in the front yard of a home.

Police said the crash involved two drivers, and alcohol may have been a factor.

One person was seriously injured in the crash. Police are working to determine the exact cause and the extent of the injuries.